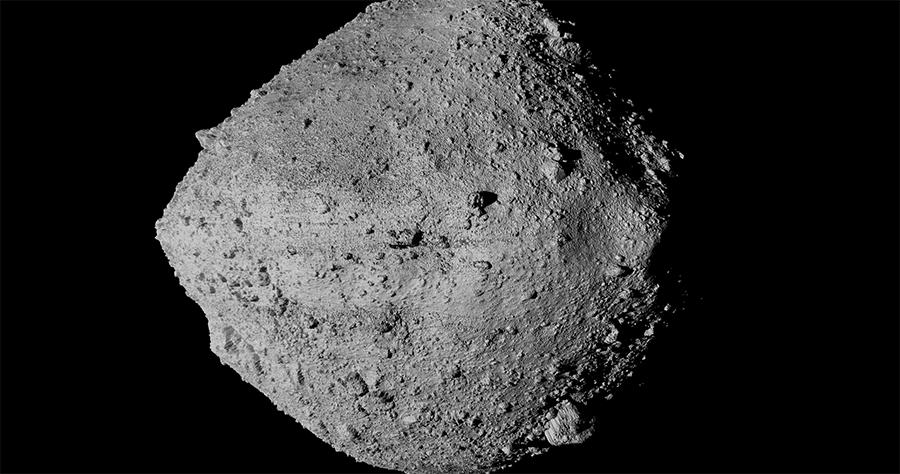 The United States appreciates the opportunity to share its most recent activities for discovery and research on Near-Earth Objects, or NEOs. In the United States, the NASA Planetary Defense Coordination Office leads efforts to detect and track hazardous NEOs. This office also coordinates the efforts of the U.S. Government for a response to any actual impact threat, working closely with the U.S. Federal Emergency Management Agency, the Departments of State and Defense, other U.S. Government departments and agencies, and our international partners.

International efforts, led by NASA-sponsored search teams, have now discovered 22,000 NEOs. The discovery of 2,433 near-Earth asteroids (or NEAs) of all sizes last year set a new record for the number of NEAs discovered within one year since efforts began more than 20 years ago. U.S. search teams discover an average of about six previously unknown NEAs each night. There are now more than 2,040 potentially hazardous asteroids known, whose orbits come close enough to Earth to warrant continued monitoring.

The United States congratulates the continued success of the Japanese Hyabusa2 mission to the near-Earth asteroid Ryugu, having collected a sample last fall and now headed back to Earth. We wish a safe and successful journey back, and highly anticipate the delivery of the sample to research laboratories. The NASA OSIRIS-REx NEA sample mission continues its reconnaissance in orbit about the near-Earth asteroid Bennu, at this time approximately 250 million kilometers away from Earth. Bennu is a one-half kilometer sized potentially hazardous asteroid calculated to have a 1-in-2,700 chance to impact Earth between the years 2175 and 2199. The OSIRIS-REx mission recently announced a primary and backup location on Bennu’s surface where it will retrieve a sample of the asteroid material this July and return it to Earth in 2023. This mission, with international participation by Canada, France, and Japan, will help scientists investigate how planets formed and perhaps how life began, as well as improve our understanding of the motion of asteroids that can closely approach Earth.

On April 30 through May 3, 2019, NASA hosted another successful International Planetary Defense Conference in College Park, Maryland, a gathering of world experts on measures to detect, track, characterize, and develop methods to prevent or mitigate the naturally occurring threat of impact of an asteroid or comet on Earth. A stimulating keynote address was given by NASA Administrator Bridenstine on the importance of these efforts by the international space science community. An impact threat response exercise was conducted during the conference to expose participants to all the aspects, beyond just planetary science, that will be key elements of any successful international response. We thank the UN Office for Outer Space Affairs for hosting the next International Planetary Defense Conference right here in the VIC by in April 2021.

The United States actively contributes to the International Asteroid Warning Network, or IAWN, and the Space Mission Planning Advisory Group, or SMPAG. These groups provide a strong foundation for international cooperation among space agencies and scientific and technical institutes to detect and deal with the natural impact hazard. These two groups have had fruitful meetings on the margins of the Subcommittee this week, and we look forward to reviewing their annual report.

Madame Chair, the United States works with our international partners to pursue research in asteroid impact mitigation technology options, and our development of the NASA Double Asteroid Redirection Test (or DART) mission continues on track to be ready for launch in late summer 2021. In the fall of 2022, the DART spacecraft will impact the 160 meter-sized moonlet of the binary near-Earth asteroid Didymos to demonstrate a kinetic impact orbit deflection technique to change the motion of an asteroid while still deep in space. The Planetary Defense community in the United States was very pleased to hear of the recent decision by the European Space Agency to develop and launch the Hera mission planned to encounter the Didymos asteroid system in 2026 and provide a valuable post-impact assessment of the effects of the DART deflection test.

Madame Chair, the United States continues work called for in its Action Plan for the U.S. National NEO Preparedness Strategy. Like other space-related U.S. national policies, the NEO Strategy specifically mentions the importance of the work of COPUOS and its subcommittees. Among the Strategy’s five goals for the 2020s are efforts to continue to build international support for acknowledging and addressing the potential of an Earth impact by a NEO as a global challenge, and to foster more international consultation, coordination, and cooperation in this area. The United States continues its efforts to detect and avoid the rare, but potentially globally devastating, effects of an asteroid impact. We look forward to increased international cooperation to address the impact hazard from space through participation in IAWN and SMPAG. And lastly, I would like to commend all the Member States and observers of this subcommittee. Our efforts under this agenda item are an excellent example of how we can elevate the importance of our work. Years ago, Action Team 14, under the leadership of Dr. Sergio Camacho of Mexico, produced useful recommendations which led to the creation of IAWN and SMPAG. As we just heard, these groups are thriving with a growing number of members as our scientific, NEO-related coordination continues to improve.