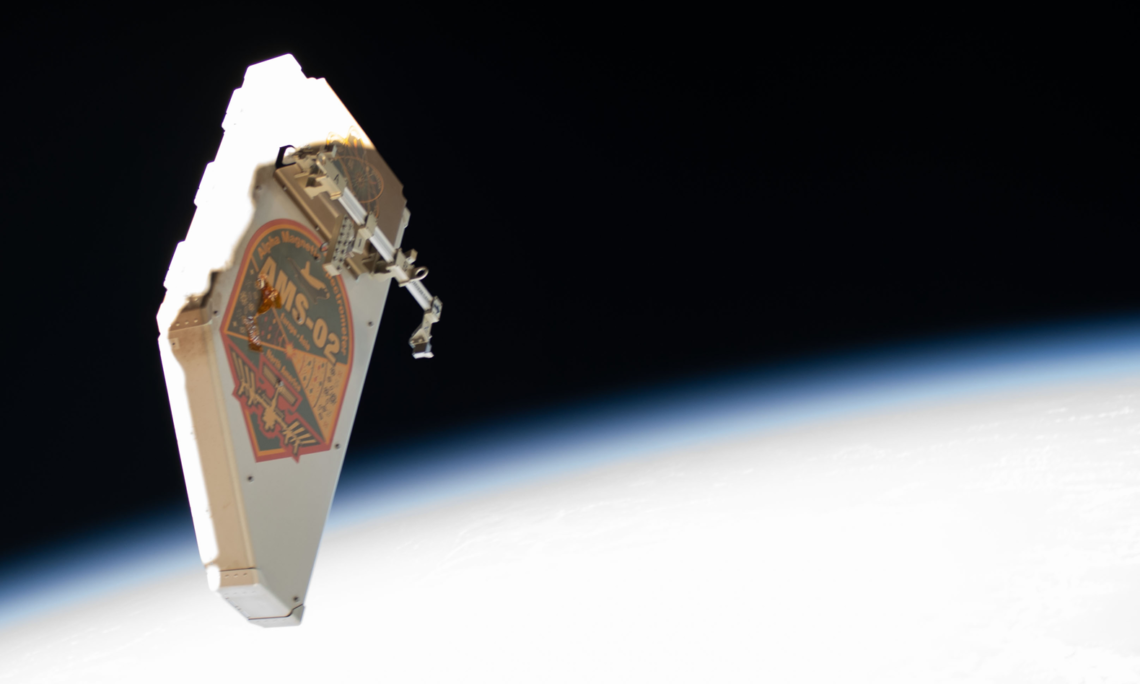 A debris shield removed from the International Space Station's cosmic particle detector is pictured drifting away from the orbiting lab after spacewalkers Andrew Morgan and Luca Parmitano jettisoned it, Nov. 15, 2019. (NASA)

The United States has led the measurements, modeling, protection, and mitigation measures on orbital debris for more than 40 years. Highlights from last year include on-going testing of the Space Fence, which will reach operations in the near future, to improve the accuracy of object tracking and conjunction assessments, and to extend the tracking limit to smaller debris. NASA continued to use ground-based radars to monitor sub-centimeter orbital debris in low-Earth orbit. NASA also hosted the inaugural International Orbital Debris Conference, near Houston, to promote orbital debris research activities in the United States and to foster collaborations with the international community. These activities underscore the U.S. commitment to better understand the risk from orbital debris and to work with the international community to address this global problem.

Madame Chair, my delegation would like to acknowledge the continuing work of the Inter-Agency Space Debris Coordination Committee (IADC), a body recognized as the technical authority on space debris by the international community. The IADC continues to evaluate improvements to its space debris mitigation guidelines, including a recent update to add the 25-year postmission deorbit rule and the 90 percent post-mission disposal reliability limit. As a founding member of the IADC, NASA, on behalf of the United States, has actively participated in all major IADC activities in the past, and we are committed to continue our contributions to the IADC in the future.

The United States once again emphasizes that the Space Debris Mitigation Guidelines approved by this Subcommittee at its 44th Session, and subsequently endorsed by the Committee and the General Assembly in 2007, remain an important and useful document for the global space community. The United States welcomes the Committee’s adoption of the preamble and 21 guidelines for the long-term sustainability of outer space activities at its 62nd session. We call on all space-faring nations, emerging space nations, international organizations, and non-government organizations to implement these guidelines to limit the generation of space debris.

Madame Chair, as I reported at the 56th session of the Subcommittee last year, the Space Policy Directive-3 (SPD-3), the National Space Traffic Management Policy, developed by the U.S. National Space Council and approved by the President in June of 2018, reflects another major milestone in the U.S. efforts to mitigate the risk from orbital debris. SPD-3 contains key directives specific to orbital debris mitigation. One of the goals in SPD-3 is to update the U.S. Government Orbital Debris Mitigation Standard Practices (ODMSP) to enable more efficient and effective compliance, and to establish standards that can be adopted internationally.

The original ODMSP was established in 2001 to address the increase in orbital debris in the near-Earth space environment. Those practices followed four guiding principles: (1) to limit the generation of new, long-lived debris by the control of debris released during normal operations; (2) to minimize debris generated by accidental explosions; (3) the selection of safe flight profile and operational configuration to minimize accidental collisions; and (4) post-mission disposal of space structures. It was recognized, however, that as technology advances and the number of space missions increases over time, there was a need to update the ODMSP to establish improved standards that can inform the development of new international practices.

So after more than a year of intense efforts by a U.S. interagency working group, the National Space Council announced the completion of the ODMSP update in December. This 2019 update includes improvements to the original objectives as well as clarification and additional standard practices for certain classes of space operations. The updated elements in the ODMSP are significant, meaningful, and achievable. Additional details of the updated ODMSP will be provided in a presentation by Dr. J.-C. Liou, NASA’s Chief Scientist for Orbital Debris, during the session. The United States intends to use the updated ODMSP to establish guidelines for U.S. government space activities and to provide a reference to promote efficient and effective safety practices with the commercial and international satellite operators in the near future.