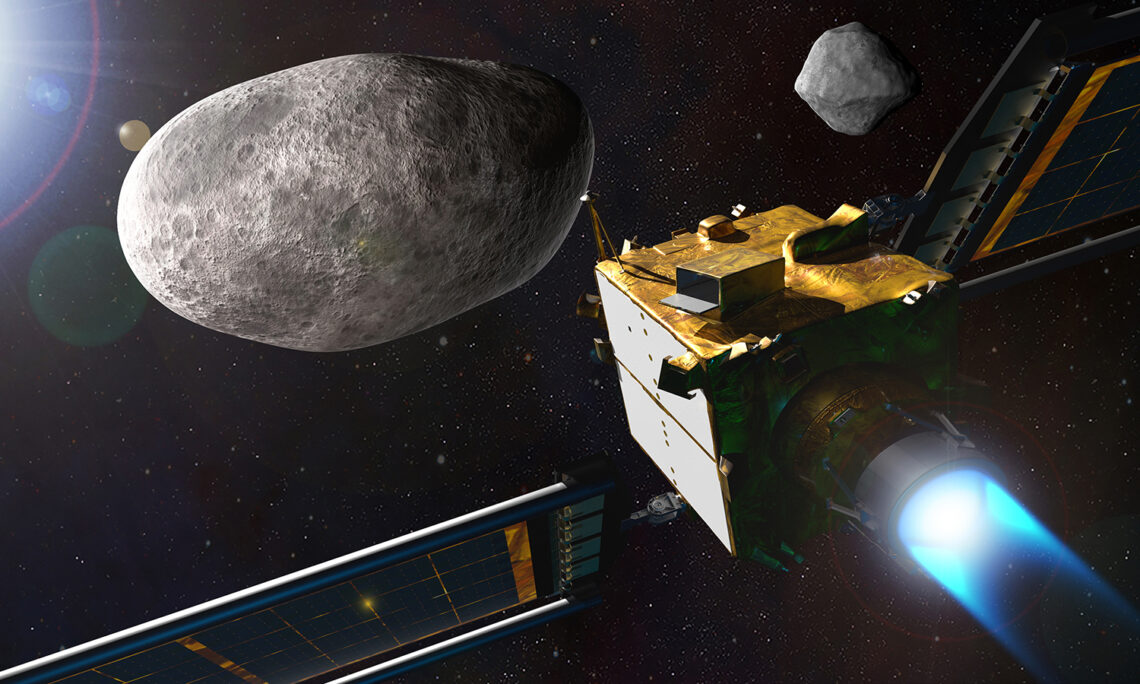 As delivered by Head of Delegation Kevin Conole, April 22, 2021

The United States appreciates the opportunity to share its most recent activities for discovery and research on Near-Earth Objects, or NEOs. The NASA Planetary Defense Coordination Office leads U.S. efforts to detect, track and study hazardous NEOs. This office would also lead coordination of efforts by the U.S. Government for a response to any impact threat, working closely with our international partners.

In February of this year, international efforts led by NASA-sponsored NEO search teams achieved a significant milestone in the search for near-Earth asteroids (or NEAs), having now discovered more than 25,000 asteroids of all sizes whose orbits could allow them to come relatively close to Earth. The discovery of 2,958 NEAs of all sizes in 2020 set another annual record for the number of NEAs discovered within one year since efforts began more than 20 years ago. U.S. search teams now discover an average of about eight previously unknown NEAs each night. There are more than 2,170 potentially hazardous asteroids known of large enough size to cause significant impact devastation and whose orbits come close enough to Earth to warrant continued monitoring.

One of NASA’s NEO search and characterization projects, the space-based NEOWISE mission, discovered another comet one year ago, and while it did not present a collision hazard for Earth, Comet 2020 F3 “NEOWISE” provided a spectacular sight of the evening sky in July 2020.

The United States congratulates the outstanding success of the Japanese Hyabusa2 mission to the near-Earth asteroid Ryugu, and highly anticipates the delivery of portions of the samples and the discoveries in solar system formation that will be made from them. NASA’s OSIRIS-REx asteroid sample-return mission also successfully completed its collection from the surface of the near-Earth asteroid Bennu last October. Bennu is a one-half kilometer sized potentially hazardous asteroid calculated to have a cumulative 1-in-2,700 chance to impact Earth between the years 2175 and 2199. The OSIRIS-REx mission has now completed its asteroid reconnaissance mission and is preparing to depart for its return of the sample to Earth in 2023. This mission, with international participation by Canada, France, and Japan, will help scientists investigate how planets formed and perhaps how life began, as well as improve our understanding of the motion of any asteroid that can closely approach Earth.

Madame Chair, the United States works with our international partners to pursue research in asteroid impact mitigation technology options, such as the NASA Double Asteroid Redirection Test (or DART) mission, which we are planning to launch later this year. Nearly a year later, in the fall of 2022, the DART spacecraft will impact the 160 meter-sized moonlet, recently officially named Dimorphos, of the binary near-Earth asteroid Didymos to demonstrate a kinetic impact orbit deflection technique to change the motion of an asteroid while still deep in space. An Italian Space Agency provided cubesat, the LICIACube, will accompany DART on this mission and be deployed a few days prior to impact to image the effects and document other aspects of Dimorphos. The United States was also pleased to hear of the progress on the European Space Agency Hera mission planned to encounter the Didymos asteroid system in 2026 and provide a valuable post-impact assessment of the effects of the DART deflection test.

The United States actively contributes to the International Asteroid Warning Network, or IAWN, and the Space Mission Planning Advisory Group, or SMPAG. These groups provide a strong foundation for international cooperation among space agencies and scientific and technical institutes to detect and deal with the natural impact hazard. The IAWN has just completed a campaign of observations of the asteroid Apophis which just recently passed by Earth at a distance allowing observations to be taken for the last time before its very close approach to Earth in April 2029, when it will pass as close as the geosynchronous satellites and be visible to the human eye in the night sky. Both the SMPAG and IAWN Steering Committees had very productive virtual meetings last month, and we look forward to reviewing their annual reports as scheduled with the proceedings of the Subcommittee.

Next week, April 26 through 30, the UN Office for Outer Space Affairs will host the 7th International Planetary Defense Conference in a virtual environment so participants around the world can join this biennial gathering of planetary astronomers, scientists, aerospace engineers and space policy and law experts. This unique conference is a forum to assess the status of international efforts to address this risk of cosmic impact we all share, and formulate plans for a collaborative response should an actual threat be identified. We join our colleagues to invite all delegations to the Subcommittee to view some of the events on the program that are being presented by OOSA, especially a panel of space agency leaders that is scheduled for Wednesday afternoon, April 28th. While the worldwide pandemic has prevented the physical gathering of the community this year, UNOOSA has already graciously agreed to host the next Planetary Defense Conference at the VIC in April 2023.

Madame Chair, the United States takes note of the recently published Conference Room Paper by the International Astronautical Union. In that regard, the United States recognizes the incredible potential of new large constellations of satellites to provide critical broadband service and connectivity throughout the world, but also recognizes the unique challenges this brings to astronomical sciences to gain new knowledge about our universe. In this regard, the United States is encouraging active collaboration and coordination between scientists and satellite operators to understand the challenge and arrive at technically sound recommendations.

Madame Chair, the United States continues work called for in its Action Plan for the U.S. National NEO Preparedness Strategy. Like other space-related U.S. national policies, the NEO Strategy specifically mentions the importance of the work of COPUOS and its subcommittees. Among the Strategy’s five goals for the 2020s are efforts to continue to build international support for acknowledging and addressing the potential of an Earth impact by a NEO as a global challenge, and to foster more international consultation, coordination, and cooperation in this area. The United States continues its efforts to detect and avoid the rare but potentially globally devastating effects of an asteroid impact. We look forward to increased international cooperation to address the impact hazard from space through participation in IAWN and SMPAG. These groups are thriving with a growing number of members as our scientific, NEO-related coordination continues to improve.