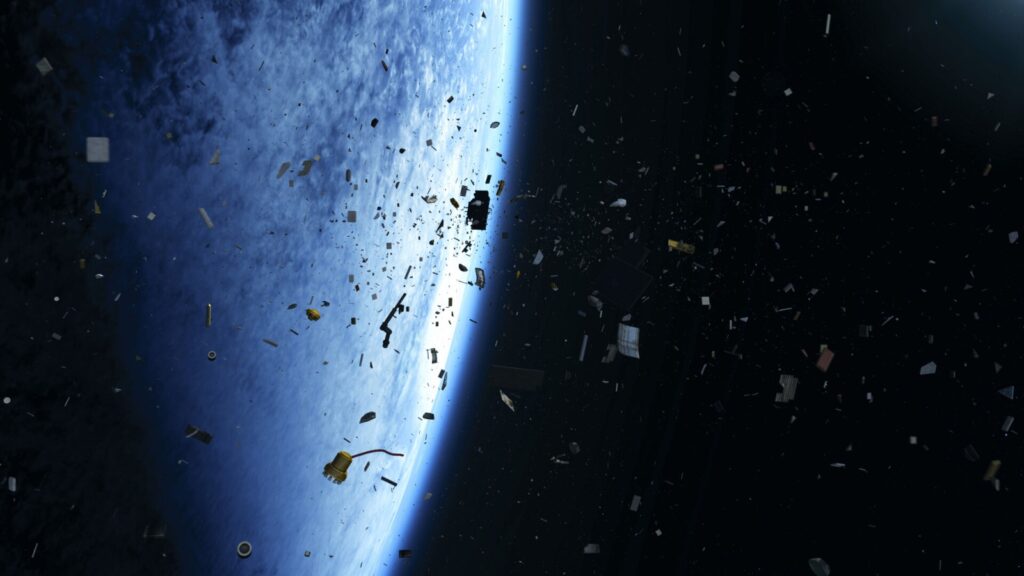 As the global community advances space exploration and expands activities in space for social, scientific, and economic benefits, with more than 5,000 satellites currently operating in the near-Earth space environment, we observed five on-orbit fragmentations in the year 2021. Those fragmentation events included accidental explosions of active and retired spacecraft, an accidental collision of an operational spacecraft with a piece of tracked debris. As my delegation has noted before, the year 2021 also witnessed an intentional destruction of a derelict spacecraft, Cosmos 1408, by direct ascent anti-satellite missile, which resulted in the creation of debris. The destruction of Cosmos 1408 generated more than 1,500 fragments large enough to be tracked by the U.S. Space Surveillance Network and millions of fragments too small to be tracked but large enough to threaten human spaceflight and robotic missions. For example, shortly after the Cosmos 1408 destruction, the astronauts and cosmonauts on the International Space Station had to shelter in place for some time to mitigate risks from small Cosmos 1408 fragments. Together, the five on-orbit fragmentations in 2021 added a significant number of orbital debris, large and small, to the environment and further threatened the safe operations of current and future space missions in low-Earth orbit. All nations should refrain from recklessly conducting destructive satellite testing which significantly increases the risk to human spaceflight and other satellites, and to foster a safe, sustainable space environment.

Because of the serious increase in congestion caused by debris in the space environment, the United States would like to emphasize, once again, that the Space Debris Mitigation Guidelines approved by this Subcommittee at its 44th session, and subsequently endorsed by the Full Committee and the UN General Assembly in 2007, should continue to serve as a guiding document to advance global efforts to limit the generation of debris.

The United States also believes the Space Debris Mitigation Guidelines must apply to the full range of governmental and private sector space activities and their implementation should not be diluted by the sort of disingenuous interpretations which one member of this Subcommittee has advanced during this session. In addition to the Space Debris Mitigation Guidelines, many of the 21 Guidelines developed by the Working Group on the Long-Term Sustainability of Outer Space Activities (LTS) and adopted by the Committee in 2019 also directly address orbital debris issues. We call on all space-faring nations, emerging space nations, international organizations, and non-government organizations to implement the UNCOPUOS Space Debris Mitigation Guidelines and the LTS Guidelines to limit the generation of orbital debris and preserve the near-Earth space environment. We look forward to hearing from other Member States, both during this session and in the coming years, on the ways in which these guidelines are being implemented.

Mr. Chair, the United States would like to acknowledge the ongoing work of the Inter-Agency Space Debris Coordination Committee (IADC), a body consisting of representatives from 13 space agencies, whose initial work served as the basis for the UNCOPUOS Space Debris Mitigation Guidelines. The IADC is continuing its work on characterizing the space debris environment and evaluating improvements to its own IADC Space Debris Mitigation Guidelines, which were recently updated in June 2021. These revised guidelines include a new probability limit on accidental explosions during mission operations and a threshold for reentry human casualty risk. Both elements are meaningful and achievable in reducing the generation of new orbital debris and protecting people from satellite reentries. NASA, on behalf of the United States, has contributed to the development of and updates to the IADC Space Debris Mitigation Guidelines. As a founding member of the IADC, NASA has actively participated in all major IADC activities in the past, and we will continue our contributions to the IADC in the future.

Under this Framework, the United States will:

Mr. Chair, I would like to highlight NASA’s presentation yesterday, which provided an update on the orbital debris environment and detailed recent orbital debris research and policy activities in the United States. The presentation will be posted on the UNOOSA website.