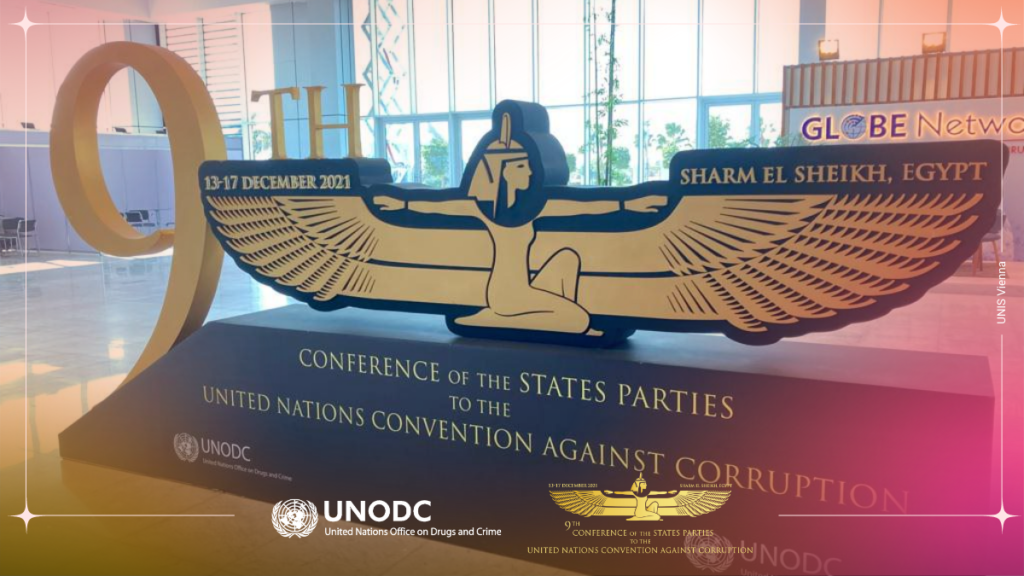 Mr. President, distinguished delegates, and members of the Secretariat, it is a pleasure to welcome Egypt as the incoming President and host of the Conference of States Parties to the United Nations Convention against Corruption.

2021 will be remembered as one of the most important years in the international fight against corruption. From the Crime Congress in Kyoto to the G7 and G20 summits in Cornwall and Rome, our leaders have made anticorruption a global priority.

In June, the General Assembly adopted the most significant set of anticorruption commitments since the adoption of the UNCAC nearly two decades ago — commitments that will help guide our efforts against corruption for years to come.

Throughout all these initiatives, the international community reaffirmed several fundamental truths about the fight against corruption.

First, this fight begins with every State Party fulfilling their existing anticorruption obligations, especially those enshrined in the UNCAC. We do not need new treaties or special UN bodies; we need every country living up to the commitments they have already made.

Second, anticorruption requires a balanced approach. Our efforts to prevent corruption are equally, if not more, important than our efforts to combat it. And we cannot prioritize one part of the Convention to the detriment of others.

Finally, no government can fight corruption alone. This is why all Member States committed at the UNGASS to ensure civil society, the media, academia, and the private sector have the necessary operating conditions to effectively contribute to anticorruption efforts. This is one of the most important commitments all of us made this year.

The United States’ resolve to the fight against corruption and these core principles remains resolute. President Biden made this clear in June when he elevated anticorruption as a core U.S. national security priority. This means the United States will continue to enforce one of the strongest anticorruption frameworks in the world, while also identifying and addressing where we need to do better.

We will continue to be a global leader against the scourge of foreign bribery. Last year alone U.S. enforcement bodies resolved corporate enforcement actions resulting in $3.3 billion in penalties, disgorgements, and forfeiture, and our Department of Justice convicted 15 individuals for foreign bribery-related offenses. But the United States cannot take on foreign bribery alone, and call on all States Parties to step up their efforts on this important issue.

We will also continue to make asset recovery a priority. As part of the United States Department of Justice’s Kleptocracy Initiative, which has successfully reached its 10th anniversary, prosecutors and investigators confiscated over $1.7 billion in criminal proceeds; and returned or assisted in returning successfully over $1.5 billion to benefit those harmed by corruption.

The United States will also strive to be a global leader and reliable partner in the international fight against corruption. This is why the United States has put forward its candidacy to host the 10th COSP in 2023. The United States sees hosting the COSP as a critical opportunity to strengthen collaboration and advance our collective anticorruption agenda. We hope all States Parties share this idea and will support our candidacy.

As we look to end this busy year, we must acknowledge our work does not end here. We must continue this momentum forward, and the United States looks forward to working with all States Parties to continue our fight into the years to come.