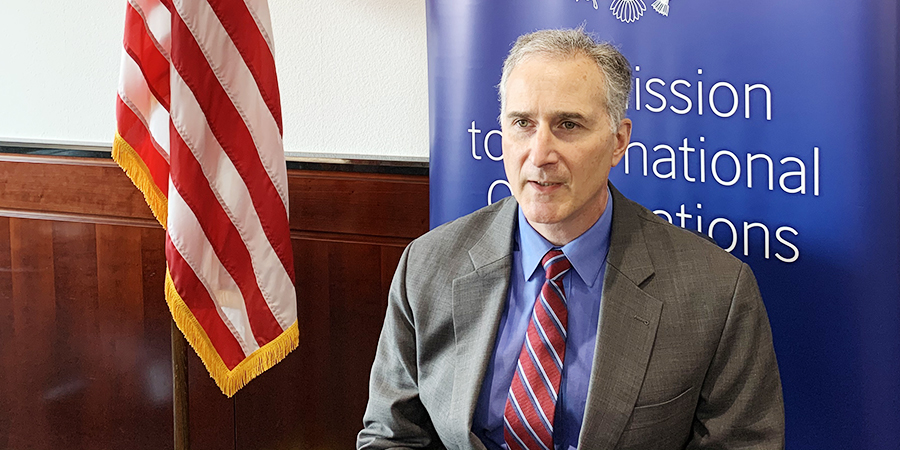 Remarks on Promoting Ambassador Johnson’s Reelection to the INCB

Thank you, Regina, and hello, excellencies and colleagues.

Following on Jim’s and Regina’s remarks, I’d like to discuss how the United States works with the INCB and the benefits our support provides to countries around the world.

The opioid epidemic is by far the gravest drug threat facing both the United States and the international community. The number of overdose deaths in the United States has quadrupled since 1999, and most involved opioids. But this isn’t just a U.S. problem.

According to UNODC’s World Drug Report, in 2018, an estimated 58 million people misused opioids, accounting for 66 percent of the estimated 167 thousand drug-related deaths worldwide.

The INCB has been instrumental in helping Member States combat the spread of these deadly substances. During 2020 the INCB recorded over five thousand separate trafficking incidents involving over 200 new Psychoactive drugs and dangerous — non-medical synthetic opioids. The INCB did this through its GRIDS Program, of which the United States is a proud and major donor. Subsequently, the INCB communicated actionable intelligence on these events to law enforcement officials in 146 governments and 10 international and regional organizations. Not content to merely relay information, the INCB has also organized special operations directed at specific substances. One of these, “Operation TRANCE,” involved 74 countries working together to pinpoint origin and distribution points for nonmedical ketamine and tramadol. As a result of TRANCE, partner governments seized nearly 500 kilograms of ketamine and tramadol trafficked via 35 countries, while dismantling several international criminal syndicates.

The INCB is also a vital partner in our joint efforts to ensure access to controlled substances for scientific and medical purposes, while preventing their diversion to illicit activity.

According to the Lancet Commission on Palliative Care and Pain Relief, most countries have less than 20 percent of the controlled substances needed for the treatment of pain. The statistics on the use of controlled psychotropic substances to treat epilepsy, seizures, and mental health disorders are even more dire. To address these serious inequities the INCB has implemented programs like I2ES, PEN Online, and INCB e-Learning, with the support of the United States and other partners. These initiatives are making a real difference – facilitating legitimate trade in controlled substances, which increases their availability for scientific and medical use.

These examples demonstrate the enormous and concrete benefits that international cooperation and capable multilateral institutions bring to countries all over the world.

As the Board’s only career diplomat, Ambassador Johnson knows this. He was instrumental in establishing the INCB’s intelligence sharing platforms and continues to provide strategicvision for their implementation. He has played a leading role in managing the INCB’s financing, and continues to spearhead international fundraising efforts to ensure the INCB continues to effectively deliver technical assistance.

Ambassador Johnson’s leadership, experience, and unique perspective greatly enhance the INCB’s contributions to the global fight against the World Drug Problem. He recognizes the gravity of the opioid problem not just in the United States but all over the world. Moreover, he understands firsthand how to bring the international community together to find innovative solutions. He has a proven track record of success in this role, and I urge you to support his re-election.

Thank you and with that, I’d like to turn the floor over to Ambassador Johnson himself.