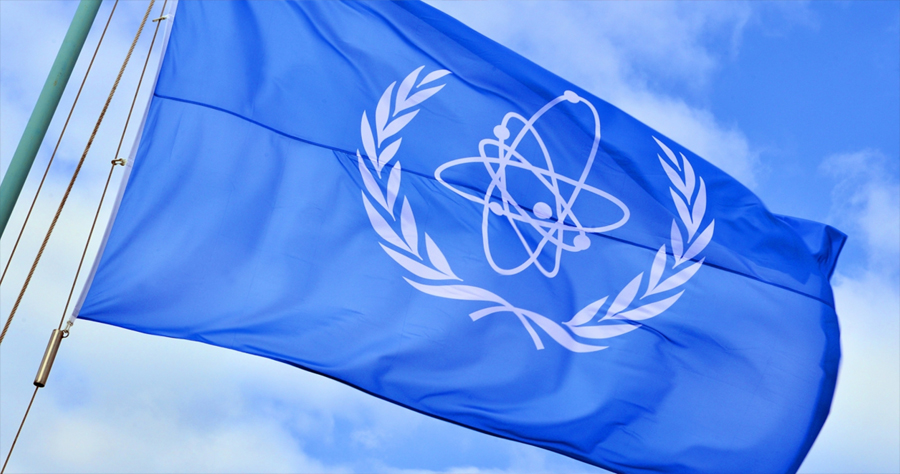 IAEA Board of Governors Meeting, Agenda Item 7: Any Other Business

The United States welcomes your proposal to establish an open-ended working group to begin discussions on the Medium-Term Strategy (MTS) for 2024 to 2029. We believe that the group should strive to produce a document that contains sufficient guidance for the Secretariat to formulate the Agency’s Program and Budget without being overly prescriptive and that the group should use the current MTS as a starting point for collaboration. The group’s final product should reflect our shared priorities, reached in the spirit of consensus.

As this will be the first MTS under Director General Grossi’s leadership, we would welcome his views on the Agency’s priorities; its role in promoting the safe, secure, and peaceful use of nuclear technologies; and its ability to respond to the challenges of the future. We look forward to working with our fellow Member States under the capable leadership of Ambassador Ruiz to produce a document that will inform the Secretariat’s preparations for the next three budget cycles.

The United States also continues to place great importance on the IAEA’s nuclear security mission and remains supportive of the Agency’s central role in coordinating and strengthening nuclear security globally. A strong and effective global nuclear security regime fortifies the benefits derived from the peaceful use of nuclear energy, science, and technology.

We appreciate the Agency’s support for the March 2022 Review Conference of the Amended Convention on the Physical Protection of Nuclear Material (A/CPPNM) and continued efforts to strengthen its universalization and implementation. We are particularly encouraged by the joint IAEA-UNODC efforts to promote universalization of both the A/CPPNM and the International Convention for the Suppression of Acts of Nuclear Terrorism. To that end, we strongly encourage all States not yet party to these important international legal instruments to ratify them. We encourage all those that are party to the A/CPPNM to inform the depositary of their laws and regulations that give effect to the Convention, in accordance with Article 14.1.

In line with Member States’ requests for continued transparency regarding the establishment of the Nuclear Security Training and Demonstration Centre at Seibersdorf, we look forward to the planned December technical briefing and encourage Member States to participate.

The United States continues to strongly support the nuclear safety and security standards championed by the IAEA. We are encouraged by the collaboration between the IAEA and Government of Japan. To help the IAEA successfully continue with this important work, the United States has provided $500,000 of extra budgetary contributions to the IAEA task force in 2021. We look forward to contributions from other Member States to help ensure this project’s success.

During the November 8-12 IAEA-hosted “International Conference on a Decade of Progress after Fukushima-Daiichi: Building on the Lessons Learned to Further Strengthen Nuclear Safety,” international experts examined the need for a “continuous improvement approach” toward nuclear safety and discussed the importance of effective communication with the public to build trust, establish the credibility of decision makers, and support a robust emergency preparedness and response framework. As we continue to examine the lessons learned from the Fukushima Daiichi accident and look forward to implementing these lessons, the United States encourages Japan and the IAEA to continue their communications with all Member States and the international community on the safety reviews and
regulatory findings to ensure the safe, effective, and transparent implementation of the disposition of the Advanced Liquid Processing System-treated water.

The United States also continues to strongly support IAEA safeguards, and we welcome the entry into force of a Comprehensive Safeguards Agreement with the Federated States of Micronesia. We call upon all States that have not fulfilled their obligation under the Non-Proliferation Treaty (NPT) to conclude a Comprehensive Safeguards Agreement to do so without delay and urge all States that have not yet done so to bring an Additional Protocol into force.

We also commend NPT Parties for demonstrating much needed flexibility in agreeing to hold the NPT Review Conference on January 4-28 in New York. This tenth NPT RevCon is the first since the treaty’s golden anniversary and will allow us to celebrate over 50 years of the Treaty and recognize the shared benefits that it has provided to the global community.

It is our hope that NPT Parties will show similar flexibility at the RevCon by coming together and finding consensus on strengthening and maintaining the Treaty. While we cannot avoid confronting difficult issues, we should not let divisions prevent us from finding that consensus. The United States stands ready to work closely with President-designate Ambassador Zlauvinen and all NPT Parties at the RevCon to work towards achieving a positive outcome.

A crucial part of any positive outcome will be a recognition of the key role that the IAEA continues to play in helping realize the goals of the NPT. The nonproliferation assurances provided by the NPT and the IAEA safeguards system ensure the confidence that makes possible “the fullest possible exchange” of the benefits derived from the peaceful uses of nuclear energy, that, as the IAEA Statute further provides, help “accelerate and enlarge the contribution of atomic energy to peace, health, and prosperity throughout the world.” The United States remains committed to enlarging that contribution, including through our support of the IAEA.