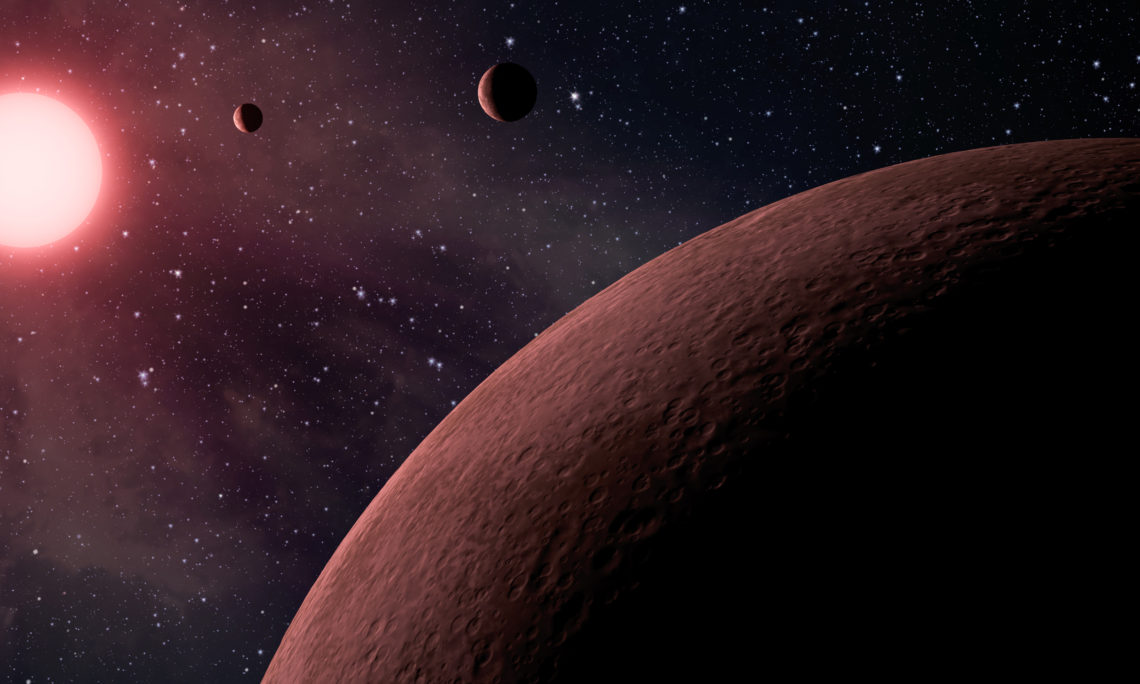 A lecture by Dr. Paul Hertz.

With introductory words by Director General and CEO Univ.-Prof. Dr. Christian Köberl (NHM Vienna) and the Chargé d‘affaires Andrew Schofer (U.S. Mission to International Organizations in Vienna) on Thursday, February 2nd, 2017, at 5 p.m. in the lecture hall of the Natural History Museum, Vienna.

Free entrance | Due to a limited number of seats, early registration is necessary: nasa@nhm-wien.ac.at

For millennia, humans have looked out upon the familiar night sky and wondered: Are there planets orbiting the stars? Do those planets harbor life? Are we alone? Today we are beginning to answer these questions scientifically. Planets around other stars (called “exoplanets”) were first detected in 1995. Since then, astronomers have used telescopes on the ground and in space to discover thousands of exoplanets, some of them rocky like the Earth and the right temperature to have liquid water on their surface. There may be billions of such habitable exoplanets in our Milky Way Galaxy alone. This presentation will explain the science of exoplanets, and how NASA’s current and planned space telescopes will take us on a search for life on planets around other stars.

Dr. Paul Hertz is Director of Astrophysics at NASA; he served as the Chief Scientist of the NASA Science Directorate. Dr. Hertz joined the NASA Office of Space Science as a Senior Scientist in 2000. Prior to joining NASA, he was an astrophysicist at the U.S. Naval Research Laboratory in Washington DC. Dr. Hertz‘s research concentrated on X-ray emission from galactic neutron stars, black holes, and globular clusters. He has a BSc in Physics and Mathematics from the Massachusetts Institute of Technology (1977) and a PhD in Astronomy from Harvard University (1983). Dr. Hertz is a recipient of many awards including the Meritorious Presidential Rank Award, the Robert J. Trumpler Award, the Alan Berman Research Publication Award, and multiple NASA Group Achievement Awards.

A joint event of the Natural History Museum Vienna, the U.S. Embassy in Vienna, and the U.S. Mission to International Organizations in Vienna.