Home Home | News & Events | IAEA Board of Governors – U.S. on Application of Safeguards in the DPRK 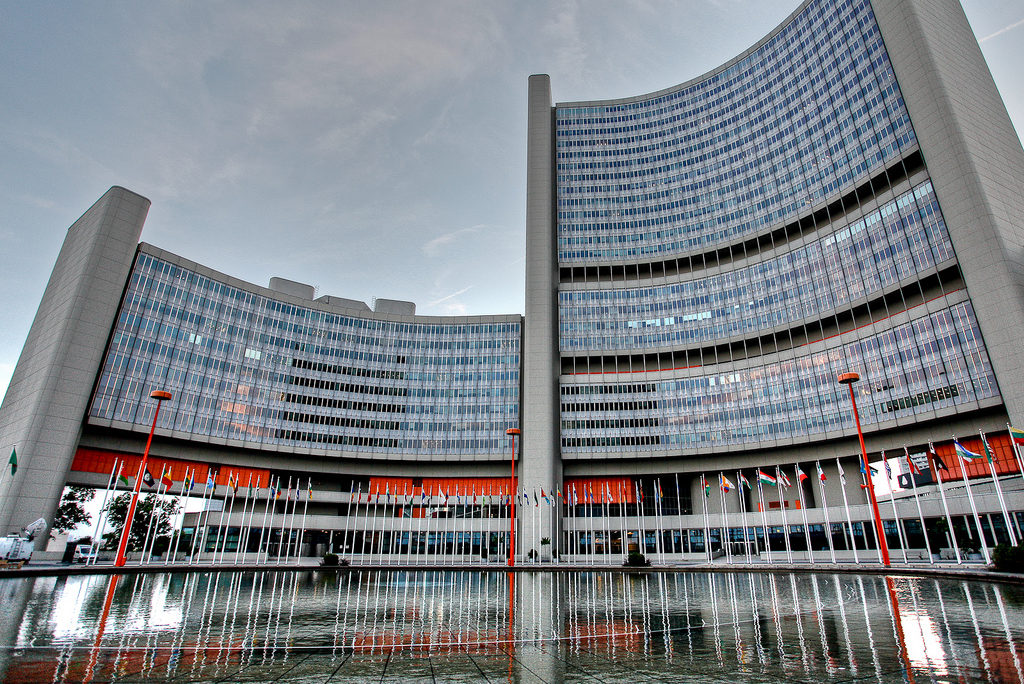 Vienna International Centre with Buildings A and B, headquarters of the International Atomic Energy Agency. Photo Credit: Rodolfo Quevenco/IAEA

IAEA Board of Governors Meeting, Agenda Item 4(c): Nuclear Verification – Application of Safeguards in the Democratic People’s Republic of Korea

The United States remains ready to continue negotiations with the DPRK to discuss realizing the commitments President Trump and Chairman Kim made at their summit in Singapore last year, including the complete denuclearization of the DPRK. However, despite our attempts to restart working level negotiations, the DPRK has not demonstrated a sincere desire to continue such negotiations and has failed to take significant, concrete steps toward the elimination of its weapons of mass destruction and ballistic missile programs.

At this year’s IAEA General Conference, Member States resoundingly condemned the DPRK’s continued development of its unlawful nuclear weapons and ballistic missile programs, and underscored that its proliferation activities remain an unacceptable threat to international peace and security. We share the Acting Director General’s troubling assessment of the DPRK’s unlawful nuclear program and its continued violations of relevant UN Security Council resolutions, and we appreciate the Agency’s continued efforts to monitor the DPRK’s nuclear program and to strengthen its readiness to resume monitoring and verification activities in the DPRK if called upon to do so.

Although we stand ready to engage the DPRK in constructive negotiations, there can be no wavering from our collective demand that the DPRK fully comply with its international obligations and commitments. Relevant UN Security Council resolutions that apply to the DPRK remain in full effect, and UN Member States are bound by the obligations they impose. We urge all countries to redouble efforts to fully enforce UN sanctions and take action to prevent sanctions evasion.

We are united in calling on the DPRK to cease all provocations, abide by its obligations under relevant UN Security Council Resolutions, and resume negotiations with the United States to achieve complete denuclearization. The only way for the DPRK to achieve the security and prosperity that it seeks is by abandoning its Weapons of Mass Destruction and ballistic missile programs.