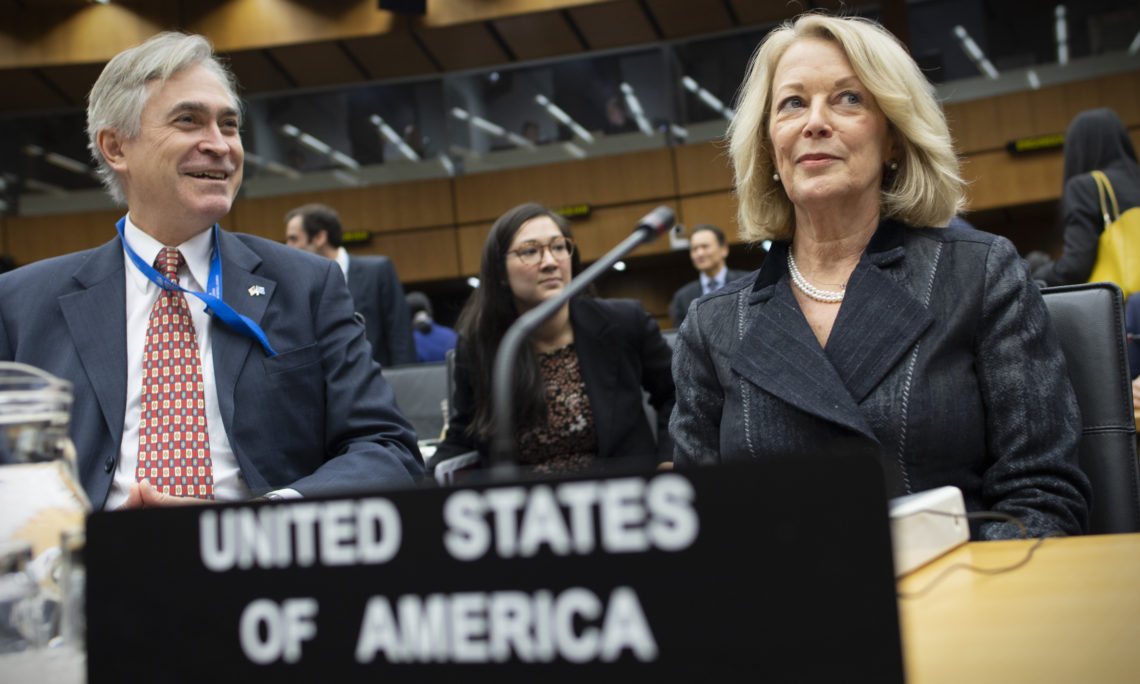 Ambassador Jackie Wolcott at the opening of the IAEA Board of Governors Meeting, Nov. 21, 2019. (USUNVIE)

IAEA Board of Governors Meeting, Agenda Item 5(a): Thanks to A/DG Cornel Feruta

The United States would like to join our colleagues in thanking Cornel Feruta for his service to the IAEA, most recently as the IAEA’s Acting Director General. Through his able and expert stewardship, the IAEA safely navigated a particularly challenging period following the death of the late Director General Yukiya Amano. During his six years as DG Amano’s Chief for Coordination, Cornel has been a critical resource and interlocutor for the Agency’s Member States, as evidenced the outpouring of statements of admiration and respect today from our colleagues. I think this is one thing we have consent on. In short, he has made invaluable contributions to the work of the Agency and to DG Amano’s considerable legacy. We are deeply grateful for his service and wish him every success in all his future endeavors. Cornel, thank you.