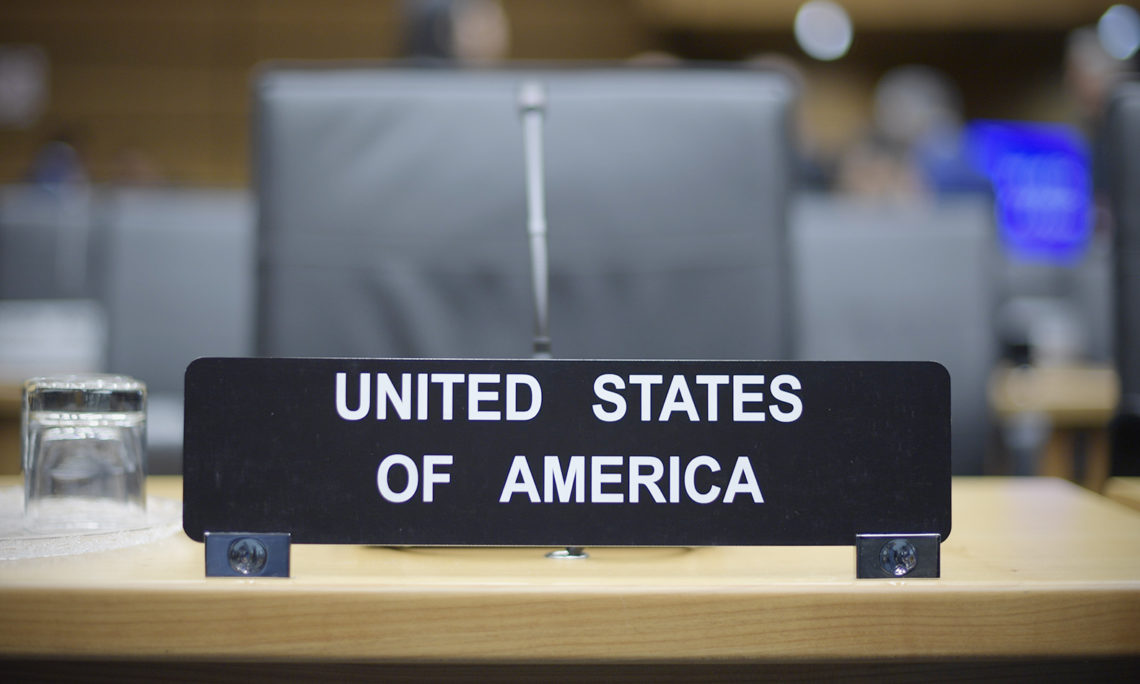 IAEA Board of Governors Meeting, Agenda Item 8: Any Other Business

The United States reiterates its strong support for the nuclear safety and security standards championed by the IAEA. The Government of Japan and the IAEA continue to work together to ensure that decommissioning efforts of the Fukushima Nuclear Power Plant — including the planned treated water disbursal — remain comprehensive, credible, and transparent. We welcome the collaboration between the IAEA and Government of Japan and support the multilateral efforts facilitated by the IAEA on this issue, including the establishment of a task force to review the Government of Japan’s proposed activities against the IAEA Nuclear Safety Standards and to assist in monitoring and reviewing the safe and transparent implementation of the plan.

As the Government of Japan’s approach appears to be in accordance with globally accepted nuclear safety standards, the United States believes it is safe. We look forward to Japan’s continued transparency, openness, and close coordination with the IAEA and the international community as Japan prepares to discharge the treated water into the sea in a manner that would indicate it is in line with internationally accepted nuclear safety standards.

To help the IAEA successfully continue this important work, the United States has provided $500,000 extra budgetary contributions to the IAEA task force in 2021.  We look forward to contributions from other Member States to help ensure this project’s success.

The United States regrets that the so-called issue of “Israeli nuclear capabilities” has once again been raised in the Board, as Israel has not violated any agreements with the IAEA and is a significant contributor to the Agency’s work. Divisive statements aimed at criticizing a state in good standing at the IAEA will not advance our shared goal of a Middle East free of all weapons of mass destruction and their delivery systems. Such statements seem increasingly out of touch with regional political and security realities and only serve to perpetuate the lack of trust among regional states. We urge the regional states concerned to refrain from politically motivated statements and to engage their neighbors directly in an inclusive, cooperative manner about their regional security concerns.

We continue to look forward to the Non-Proliferation Treaty (NPT) Review Conference, and we are encouraged by the progress made by RevCon President-designate Ambassador Gustavo Zlauvinen of Argentina and NPT States Parties in clearing the way for the NPT RevCon to be held on January 4-28 in New York. We welcome the flexibility many states have demonstrated regarding the scheduling of the RevCon and continue to urge flexibility on RevCon modalities so that we can hold the RevCon in January. The United States stands ready to work closely with Ambassador Zlauvinen and all NPT Parties to a positive outcome.

The IAEA continues to play a key role in helping realize the goals of the NPT and advancing the nonproliferation regime. The United States is focused on strengthening the IAEA’s capabilities to verify nonproliferation, specifically through the adoption by more states of high safeguards standards, including the Additional Protocol. The adoption of such standards by more countries facilitates the exchange of nuclear technology for peaceful purposes and all the benefits that come with these applications. These standards provide confidence that such technology is not diverted to weapons purposes and help ensure that the benefits of the peaceful uses of nuclear energy, science, and technology reach the places where they are needed most.

Finally, Madam Chair, we would like to acknowledge the dedication and commitment you have demonstrated throughout your time on this Board, and particularly over the last year as its Chair. The United States thanks you for your exemplary services and wishes you all the best as you move on to your next adventure.

I speak in response to the reference made here to the announcement made by the leaders of Australia, the United Kingdom of Great Britain and Northern Ireland, and the United States regarding the creation of an enhanced trilateral security partnership called “AUKUS”.

Our leaders have made clear that our three nations are deeply committed to upholding our leadership on global nonproliferation. As President Biden said, “we will all undertake this effort in a way that reflects our longstanding leadership in global nonproliferation and rigorous verification standards, in partnership and consultation with the International Atomic Energy Agency.”

While it is too soon to speak to these specifics, maintaining the integrity of the nuclear non-proliferation regime, mindful of any safeguards-related precedents that might be set, will be a core objective for all three governments during this consultative process over the next 18 months.