IAEA BoG – U.S. on Any Other Business
By U.S. Mission UNVIE
7 MINUTE READ

IAEA Board of Governors Meeting, Agenda Item 11: Any Other Business Consolidated Statement 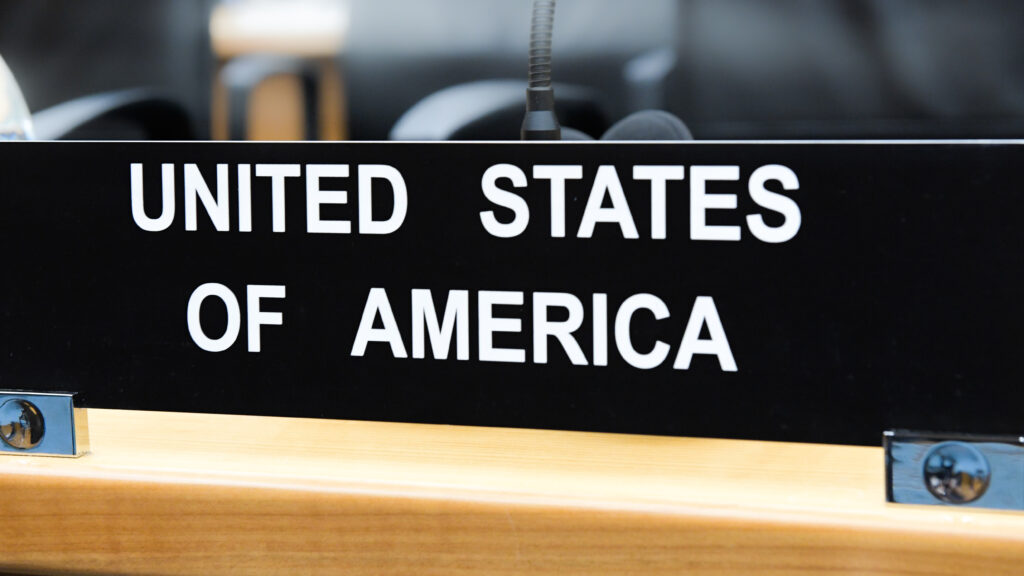 U.S. statement as submitted to the Board
Vienna, Austria

Although the Non-Proliferation Treaty Review Conference has been postponed, the United States remains ready to work with RevCon President Ambassador Gustavo Zlauvinen of Argentina and all NPT Parties toward a positive outcome. This year marks the 50th anniversary of the Treaty’s entry into force and should remind us all of how the IAEA has helped achieve the goals of the NPT, which in turn provides an enduring impetus to the IAEA’s core missions.

Indeed, the three major annual reports we have considered this week – the Annual Report, the Technical Cooperation Report, and the Safeguards Implementation Report – are also the latest chapters in the successful implementation of the NPT. The nonproliferation assurances provided by the NPT and the IAEA safeguards system provide the confidence that make possible “the fullest possible exchange” of the benefits of the peaceful uses of nuclear energy, and help to “accelerate and enlarge the contribution of atomic energy to peace, health, and prosperity throughout the world.” The United States looks forward to the IAEA’s continued contributions to the NPT and to the Review Conference.

The United States regrets that the issue of so-called “Israeli nuclear capabilities” has once again been raised in the Board, as Israel has not violated any agreements with the IAEA and is a significant contributor to the Agency’s work. Divisive statements aimed at a state in good standing will not advance our shared goal of a Middle East free of all weapons of mass destruction and delivery systems. Rather, such statements only serve to perpetuate the deep lack of trust in the region. We urge the regional states concerned to refrain from politically motivated statements and to engage their neighbors directly in an inclusive, cooperative manner about their regional security concerns.

The United States has long supported the goal of a Middle East free of weapons of mass destruction and delivery systems, alongside a comprehensive and durable regional peace. We remain committed to supporting the regional states as they pursue direct, inclusive dialogue aimed at building trust and addressing the political and security obstacles that have long impeded progress on such a zone. These obstacles include: the deep lack of trust among the regional states; ongoing conflict and noncompliance in the region; the deplorable use of chemical weapons by the Assad regime; the increasing development and proliferation of ballistic missiles in the region; and the non-recognition of Israel by many regional states.

We remain convinced that efforts to advance a WMD-free zone in the Middle East must be pursued voluntarily based on arrangements mutually agreed upon by all the regional states. The United States declined to participate in the conference convened last November at the United Nations in New York because we did not view it as a constructive mechanism for advancing this shared goal, as it took place without participation by all the regional states and on the basis of terms and modalities that did not have consensus support in the region. Such efforts can only set back prospects for inclusive regional dialogue toward the goals we share.

We continue to believe that a more productive way forward would be for regional states to work cooperatively to identify practical steps that could build trust and promote an environment conducive to such a zone. The United States will support any initiatives in this regard that have consensus support among all the regional states and are based in direct and inclusive dialogue.

The United States places great value on the Agency’s important role in coordinating and facilitating efforts to strengthen the security of nuclear and other radioactive materials and facilities across the globe. We were pleased to see Director General Grossi’s encouraging remarks highlighting his belief that more could be done to make the Agency “a real focal point in practice and not just in name.”

We are gratified that 53 ministers and nearly 2000 participants agreed with that sentiment, coming together for the successful and engaging 2020 International Conference on Nuclear Security (ICONS), held in February, the first ministerial-level conference under Director General Grossi’s leadership. The United States would like to thank the distinguished Ambassadors of Romania and Panama for their tireless efforts to reach a consensus Ministerial Declaration and the co-chairs of Egypt and Bulgaria for helping to craft a strong substantive program for ICONS. The Declaration demonstrates our collective commitment to address high-level priorities in nuclear security. We encourage all Member States to build upon the success of ICONS to further strengthen the Agency’s nuclear security program.

We’d also like to highlight the Agency’s role in helping to prepare for the Conference to Review the Amended Convention on the Physical Protection of Nuclear Material (A/CPPNM). We continue to encourage all Parties to participate in and support the Review Conference preparations, and call on all states not yet party to ratify the CPPNM and its Amendment to bring us closer to a universal global legal framework for nuclear security.

The United States is honored to serve as host for the 2021 IAEA Ministerial Conference on Nuclear Power in the 21st Century. As the host, we believe it is critical to positively highlight nuclear power’s vital role as a reliable clean baseload power source that will continue to remain an important part of any country’s future energy mix.

Hosting this Ministerial demonstrates the United States’ role as a leader in the development of next-generation nuclear power technologies and indicates our commitment to a future with nuclear power. We are delighted to be the first IAEA Member State to host this Ministerial in the Americas and look forward to seeing all of you in 2021.

Lastly, the United States is pleased to announce a contribution of $260,000 to the IAEA’s Marie Sklodowska-Curie Fellowship Program, an important initiative that will help contribute to a new generation of female leaders in science, technology, engineering and mathematics for both the Agency and their respective countries.