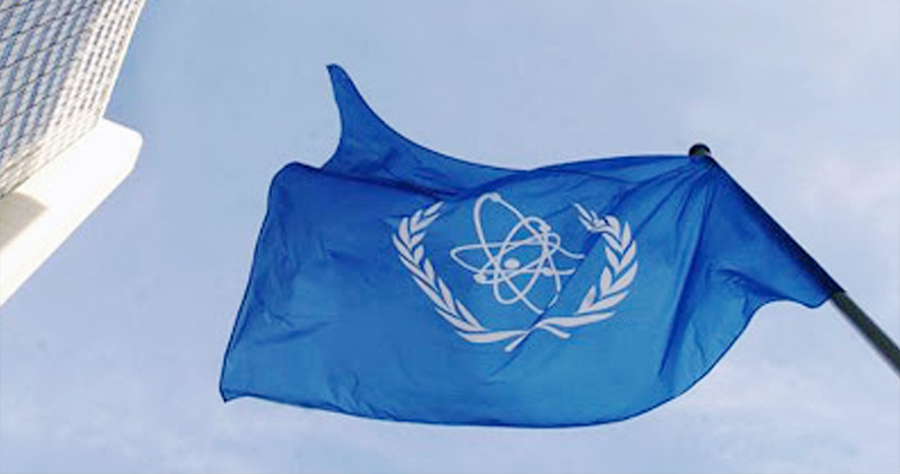 IAEA Board of Governors Meeting, Agenda Item 8: Verification and Monitoring in Iran

The United States extends our appreciation to the Director General, the Deputy Director General for Safeguards, and their staff for their continued professionalism and dedication; we pledge our ongoing support as the Secretariat carries out its critical responsibilities in Iran. We welcome the Director General’s September 4 report on verification and monitoring in Iran in light of UN Security Council Resolution 2231. Thorough and factual reporting remains essential for the Board to accurately assess the status of Iran’s fulfillment of its nuclear-related commitments.

As we review the Director General’s latest report, we recall that in November 2019, we met in special session to address an urgent, unresolved matter related to Iran’s safeguards declarations. The Acting Director General first alerted the Board to this safeguards-related concern in September 2019, fully one year ago, underscoring that “time was of the essence” in addressing the issue. In November, we learned that this urgent issue related to the IAEA’s detection of chemically-processed uranium particles at an undeclared location in Iran. At the time, the Acting Director General concluded that “the presence of nuclear material particles is an indicator of possible undeclared nuclear material and activities in Iran.” We also learned that even then the issue was already significantly outstanding, as the Secretariat’s interactions with Iran to clarify the function of the undeclared location had been ongoing since January of 2019. Now, 20 months later, the Director General reports that “further clarifications and information need to be provided and questions need to be answered.”

The Secretariat has been tireless in attempting to clarify this critical matter. However, as the months continue to pass, it is becoming increasingly clear that Iran’s evolving and inconsistent explanations have led to more unanswered questions. Preserving and upholding the safeguards regime requires that all states comply with their safeguards obligations in good faith. Iran’s failure to resolve these concerns, after 20 months of engagement, is absolutely unacceptable. This Board must be clear that nothing short of prompt answers consistent with the technical analysis will be acceptable, and Iran will not be allowed to revise its explanations indefinitely. Any failure to cooperate in good faith with the IAEA to address these questions undermines the basis of the safeguards regime everywhere.

The Director General has reported that these concerns relate to the possible presence of undeclared nuclear material and activities in Iran today. The presence of even small amounts of undeclared nuclear material in Iran would be of serious proliferation concern. This is particularly true given Iran’s history of covertly pursuing nuclear weapons, the material’s potential for use in any renewed nuclear weapons research and development, and the fact that traces of nuclear material may indicate larger quantities potentially unaccounted for. We cannot simply dismiss or discount these risks until the IAEA can resolve the matter.

These issues strike at the heart of the international nuclear safeguards system. Any failure to declare nuclear material or activities, or refusal to comply with IAEA requests for clarifications or access, would be violations of Iran’s safeguards obligations, and, if left unresolved, could raise serious questions about Iran’s compliance with its NPT obligations. Perhaps even more troubling, this important matter is not the only safeguards concern the Secretariat continues to investigate in Iran. We will address these other serious safeguards issues under the Nuclear Verification agenda item. In June, this Board called on Iran to cooperate fully and without further delay to resolve the IAEA’s concerns; the need for that cooperation is only more urgent today.

At the same time that the Director General continues to report these significant, unresolved safeguards concerns, Iran has continued to expand its proliferation-sensitive nuclear activities. The Director General reports that Iran continues to add to its enriched uranium stockpile, and to enrich uranium at the Fordow facility, the fortified, underground bunker Iran originally constructed in secret. There is simply no legitimate reason for Iran to conduct uranium enrichment at such a proliferation-sensitive facility. In addition, Iran continues to produce heavy water at a production plant originally built to supply heavy water for a reactor suited to produce weapons-grade plutonium. Iran should reverse these steps immediately.

Iran’s actions are transparent attempts at extortion, aimed at raising tensions rather than defusing them. Such tactics will neither resolve the current impasse nor bring Iran sanctions relief. These acts will only deepen the regime’s political and economic isolation. In light of Iran’s continued nuclear expansion, France, Germany, and the United Kingdom in January initiated the dispute resolution process. Yet eight months later, it is clear Iran has made no effort to reverse course. Instead, Iran has continued to escalate its nonperformance, as reported by the Director General for many months.

In response to Iran’s actions on August 20, the United States notified the UN Security Council of Iran’s significant nonperformance of commitments under the JCPOA. This initiated the snapback of UN sanctions that were terminated in January 2016, including the arms embargo the expiration of which next month would have proved seriously destabilizing to the Middle East region. We did not take this action lightly, and sincerely hope it leads ultimately to a resumption of negotiations toward a comprehensive deal that resolves the current impasse.

I understand, many here today disagree with our decision to initiate snapback, or have taken issue with our standing to do so. However, the language of Resolution 2231 paragraph 10 is clear: the United States is a JCPOA participant state. In accordance with that Resolution, as of 12:01am Greenwich Mean Time this coming Sunday, September 20, the provisions of the UN Resolutions terminated in 2016 will apply again in the same manner they did before.

The reapplied provisions will include Iran’s obligation under Resolution 1737 to suspend all enrichment-, reprocessing-, and heavy water-related activities. The Director General’s continued reporting under this item will allow us to assess Iran’s actions regarding these renewed obligations. In addition, all states will once again have an obligation under Resolution 1737 to ensure that technical cooperation provided to Iran by the IAEA or under its auspices shall only be for food, agricultural, medical, safety, or other humanitarian purposes, or where directly related to certain equipment and assembled fuel elements for light water reactors. It is our hope and expectation that Member States will abide by these renewed, common-sense provisions, which will support efforts to maintain peace and security.

As President Trump has made clear, we are willing and ready to negotiate with Iran without preconditions. Our goal remains the conclusion of a comprehensive deal with Iran that addresses our concerns, ends Iran’s destabilizing behaviors, and fully reintegrates Iran into the international community. However, to achieve full normalization of relations and the lifting of sanctions, Iran must be willing to end its destabilizing behavior and take lasting steps that deny it any pathway to nuclear weapons.

We have long highlighted the importance of ensuring the provision of adequate resources in support of the IAEA’s crucial monitoring role in Iran. The United States welcomes the contributions of financial support for the IAEA’s verification and monitoring efforts in Iran, augmenting regular budget resources. In addition, we should all continue to ensure our support for the Agency’s other essential tasks globally in safeguards, security, safety, and the peaceful uses of nuclear energy.

Given the significance of these issues, we ask that the Director General keep the Board fully and regularly apprised until all outstanding safeguards questions are resolved. With these comments, the United States welcomes the Director General’s reports contained in documents GOV/2020/41 and GOV/INF/2020/10, and requests that they be made public, consistent with longstanding past practice.