Home Home | News & Events | IAEA’s Seibersdorf Laboratories: Where the Atom is Used for Peace and Development 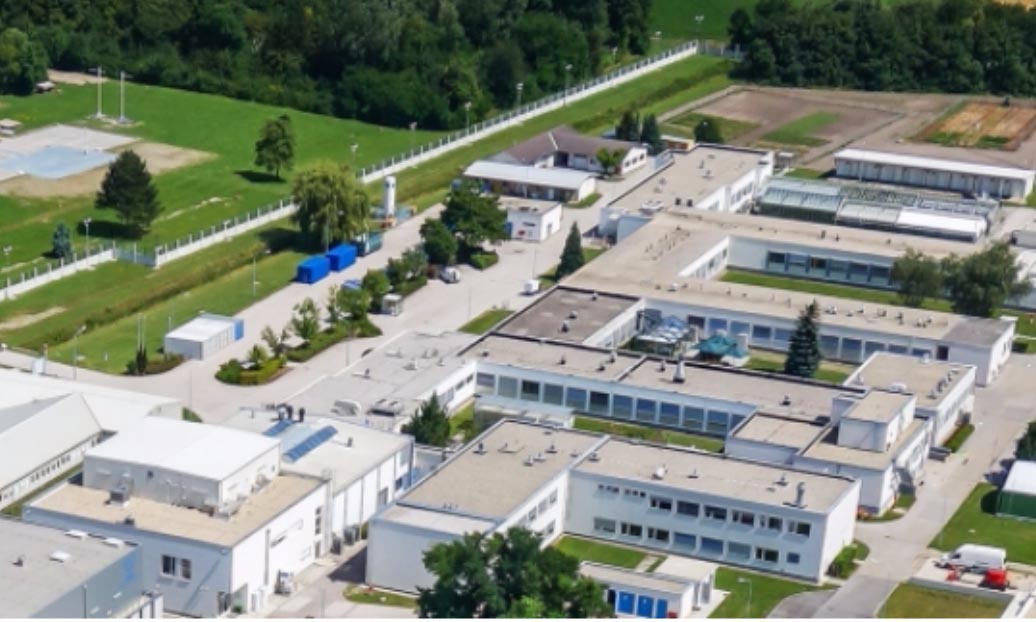 If you pulled someone aside and asked them to describe what the International Atomic Energy Agency (IAEA) does, many people would immediately think about the Agency’s work with nuclear power and safeguarding against nuclear weapons proliferation.  After all, the IAEA has made the news lately for its role in nuclear verification and monitoring in Iran under the Joint Comprehensive Plan of Action (JCPOA) and for the assistance it provides in emergency situations like the Fukishima disaster in Japan.

But, did you know that the full motto of the Agency is actually, “Atoms for Peace & Development?”  There is no better place to witness the IAEA’s human development initiatives than at the Seibersdorf Laboratories in Austria.

An aerial view of the IAEA’s Seibersdorf Laboratories in Seibersdorf, Austria.  [Photo courtesy of IAEA]

Over at the Safeguards Analytical Laboratories, analysis of nuclear material samples and environmental samples taken by IAEA inspectors is an essential component of the IAEA’s efforts to detect any misuse of nuclear material or technology and to verify that States are honoring their safeguards obligations.  However, the IAEA also has eight Nuclear Sciences and Applications (NA) laboratories at Seibersdorf, which deliver technical assistance to Member States in the areas of food and agriculture, human health, the environment, and the development and use of advanced scientific instruments.

The NA laboratories are worldwide service providers that assist more than 150 of the IAEA’s Member States. If you walk around and peek into these labs, you will come across scientists working with banana plants, rice samples, rooms full of mosquitos and Tse Tse flies, and radiological medical equipment.  What is the world’s nuclear watchdog doing with this seemingly random collection of items?  The NA Laboratories address global challenges, and uses these items to help treat the global cancer epidemic, quickly diagnose diseases in livestock and crops, provide emergency preparedness and response related to nuclear incidents, and slow the spread of insect-borne diseases such as Zika, using the Sterile Insect Technique (SIT).

A scientist in the Food and Environmental Protection Laboratory explains how the IAEA assists Member States in establishing effective food traceability and food contaminant control systems to support food safety. In this photo, the scientist shows one of the methods to test food products, in this case a sample bottle of powdered milk from Chernobyl, for radiation.

A Seibersdorf scientist, surrounded by banana plants, explains the current work in the Plant Breeding and Genetics Laboratory, including the development of technology to speed up the breeding of disease-resistant banana plant varieties. This laboratory assists Member States in enhancing crop biodiversity through mutation breeding to contribute to climate-smart agriculture and food security.

Tse Tse flies spread disease, such as sleeping sickness. In the Insect Pest Control Laboratory at the Seibersdorf Laboratories, scientists interested in Tse Tse fly control conduct research on rearing and sterilization techniques. Tsetse flies are found in Africa where they feed solely on blood of humans, domestic animals and wild animals. The diseases they spread have a major impact on human and animal health and the economy.

To date, the United States has contributed nearly $9.5 million toward Seibersdorf Laboratory renovation efforts, including $1.87 million that has already been donated for the ReNuAL+ efforts.  The existing laboratories were built in 1962.  Since then, the number of IAEA Member States has more than doubled.

IAEA officials and diplomats from the U.S., Austrian and UK Permanent Missions in Vienna stand in front of the construction site for the new Insect Pest Control Laboratory (scheduled to be completed by the end of the year). This group visited the IAEA labs in Seibersdorf, Austria to check on the progress of the Renovation of the Nuclear Applications Laboratories (ReNuAL) project.

U.S. Mission Vienna Chargé d’affaires Andrew J. Schofer (center), walking through the future location for the new-and-improved Insect Pest Control Laboratory, scheduled to be completed by the end of the year.

As the number of Member States has grown, so have requests for assistance from the NA laboratories.  Additionally, demand has grown due to new threats to humans, such as the Zika virus and the global cancer epidemic.  The United States encourages Member States’ continued support.   We look forward to seeing continued progress with construction. These improved facilities will have a direct impact on efforts to improve people’s lives around the world.