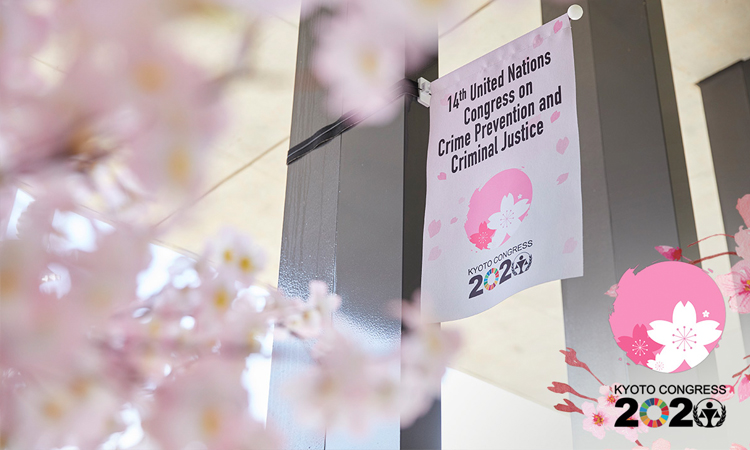 Esteemed Chair, Excellencies, Colleagues: It is an honor to address you today on behalf of the United States. As the Department of Justice’s Deputy Assistant Attorney General and Counselor for International Affairs, I am particularly aware of the importance of this gathering. Indeed, in today’s interconnected world, it is only by working together that we can protect both the security and the civil liberties of all our citizens.

More than 70 years ago, in 1950, the United Nations recognized the role it could play in bringing nations together to advance criminal justice and crime prevention, including by establishing the concept of the UN Crime Congress. In that same year, the great United Nations Diplomat, Ralph Bunche, received the Nobel Peace Prize – the first African-American and first person of color to have done so. What he said in his acceptance speech resonates still today: the United Nations “seeks a more secure world, a better world, a world of progress for all peoples. In the dynamic world society which is the objective of the United Nations, all peoples must have equality and equal rights.”

Our delegations have been working together to fulfill that goal of a “more secure world, a better world” by taking up the themes of this Crime Congress: “[a]dvancing crime prevention, criminal justice and the rule of law.” In so doing, we are also advancing together the UN’s 2030 goal of providing “access to justice for all,” including by reducing violence, attacking exploitation, and fighting corruption.

We are proud to have worked with the United Nations, and the countries gathered here today, throughout the years to combat crime and terrorism in all their forms. The world is safer today because of the work we have done together – including the landmark achievements of the UN Conventions against: Illicit Narcotics; Terrorism; Transnational Organized Crime; and Corruption. I am confident that this Crime Congress will further strengthen the bonds between and among us – and, in this regard we congratulate Japan on their leadership in the negotiations that led to consensus on the Kyoto Declaration.

I want to assure you that – under the Biden-Harris Administration – the United States will provide the broadest scope of cooperation possible to our fellow nations, as we together fight crime, while at the same time ensuring equal justice for all. And I am confident that – together – we will prevail, for – as Ralph Bunche so eloquently said — “[h]earts are the strongest when they beat in response to noble ideals.” Our thanks to Japan for hosting this important event, and to all the delegates for their commitment to a successful Congress.