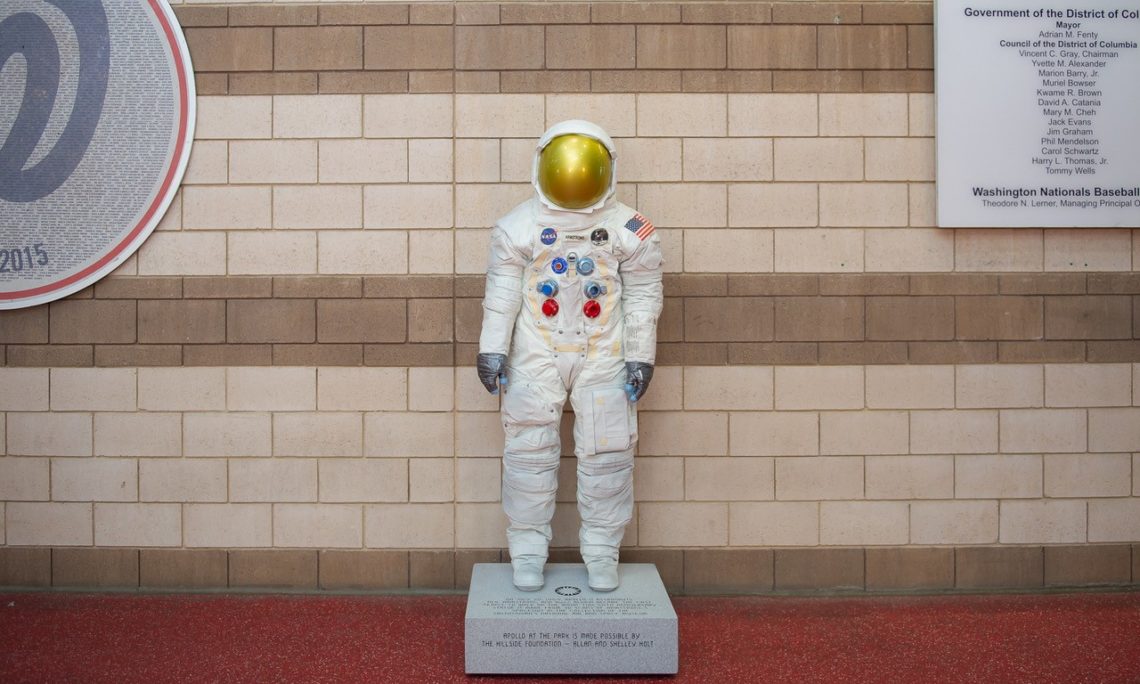 Statue of Neil Armstrong's Apollo 11 spacesuit on display at Nationals Park in Washington, DC, during summer 2019 in honor of the 50th anniversary of the first Moon landing.

Following the National Air and Space Museum’s successful Apollo 50 initiative, “Apollo at the Park,” the full-sized statues of Neil Armstrong’s Apollo 11 spacesuit that were displayed in 15 Major League ballparks across the country will move to permanent homes. Since June, baseball fans in these 15 cities have had the opportunity to take photos and interact with the statues. Now visitors to museums and history centers near those same cities will have a chance to experience the lifelike suits for years to come.

In October, the statues will be donated to the following locations:

The National Air and Space Museum will retain two of the statues in its permanent collection.

Armstrong’s spacesuit was conserved and digitized thanks to funding from a successful Kickstarter campaign in 2015 and went back on display for the first time in 13 years at the museum July 16. The Apollo at the Park statues were created using 3-D scan data of the original spacesuit. The 3-D scanning was done by the Smithsonian’s Digitization Program Office.

Each spacesuit replica statue is made of a blend of rigid resin for strength and durability for outdoor display, and hand painted. Each has an interactive component where fans can use their phone cameras to scan parts of the suit, including the Apollo 11 patch, NASA logo, American flag and glove patch, to access videos and additional information about the Apollo 11 mission, astronauts and the anniversary.

For more information about all the museum’s Apollo anniversary activities and Apollo historical content, visit https://airandspace.si.edu/apollo50.

Support for the museum’s Apollo at the Park program is provided by The Hillside Foundation—Allan and Shelley Holt.

Follow the U.S. Mission to International Organizations in Vienna on social media @USUNVIE.