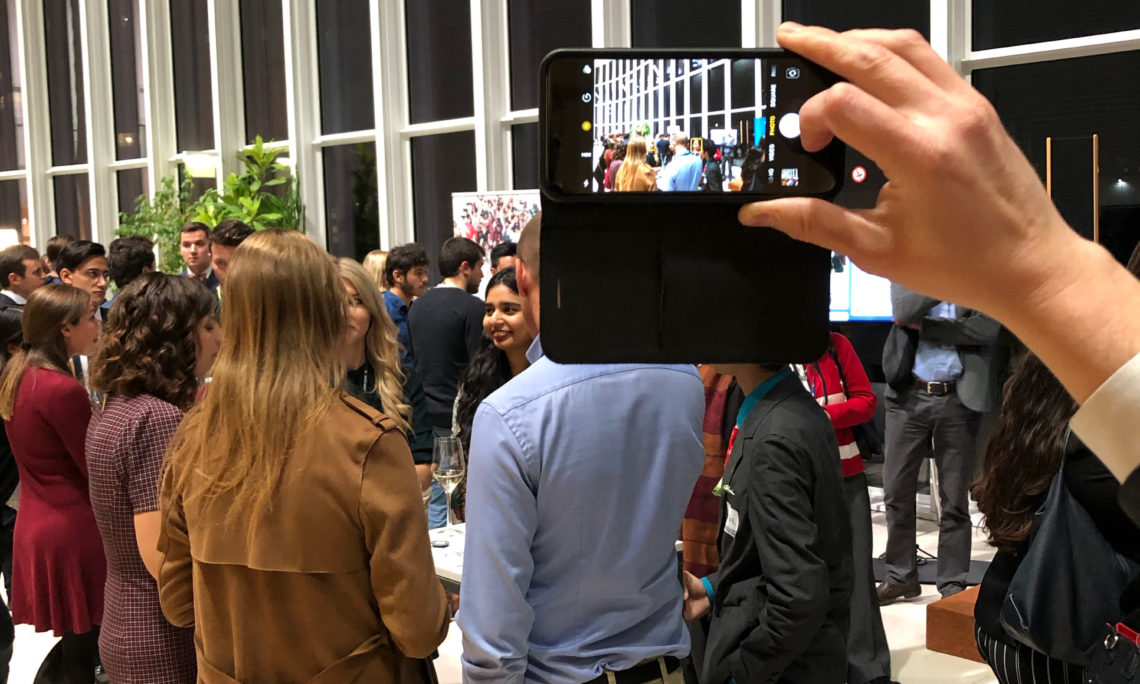 Millennials Gather in Vienna to Show Support for Nuclear Energy

Nearly 150 young professionals gathered at the Headquarters of the International Atomic Energy Agency (IAEA) in Vienna on 8 October to share their professional experiences and show their support for nuclear power as a safe, clean, and carbon-free source of energy.  The participants, themselves students or professionals working in the field of nuclear science and technologies, heard from a panel of their peers from the Czech Republic, Japan, Kenya, and the United States on the importance of nuclear for the future of clean energy.  They also heard from U.S. Mission Ambassador Jackie Wolcott, IAEA Deputy Director General and head of the Department of Nuclear Sciences and Applications Najat Mokhtar, and Senior Advisor at the U.S. Department of Energy’s Office of Nuclear Energy Suzanne Jaworowski before engaging in a “speed networking” session with professionals from the IAEA and other organizations.

In her remarks, Ambassador Wolcott recognized the employees of the IAEA for their hard work and dedication to developing and sharing the benefits of nuclear technologies.  “The United States is a strong supporter of the IAEA’s mission to promote the peaceful uses of nuclear technology around the world,” Wolcott said.  “None of the positive work the Agency does—and certainly none of the advances in emerging technologies that will make a difference for future generations—would be possible without the efforts of those who study and develop nuclear technologies.  We count on you to lead the conversations with your colleagues and peers, and also to consider your role as mentors for future nuclear professionals.”

The event, branded a Millennial Nuclear Caucus, was hosted by the U.S. Mission to International Organizations in Vienna (UNVIE), the IAEA, and the U.S. Department of Energy as an official side event to the International Conference on Climate Change and the Role of Nuclear Power taking place in Vienna from 7 to 11 October.  Millennial Nuclear Caucuses bring together the next generation of leaders in nuclear innovation and feature discussions on the path forward for the nuclear industry and the role innovative technology will play.  They are part of a growing groundswell of support from young people around the world who see nuclear energy as a way to help the environment.  The cooperation and assistance of the United Nations – Nuclear Young Generation (UN-NYG) network was instrumental in the event’s success.