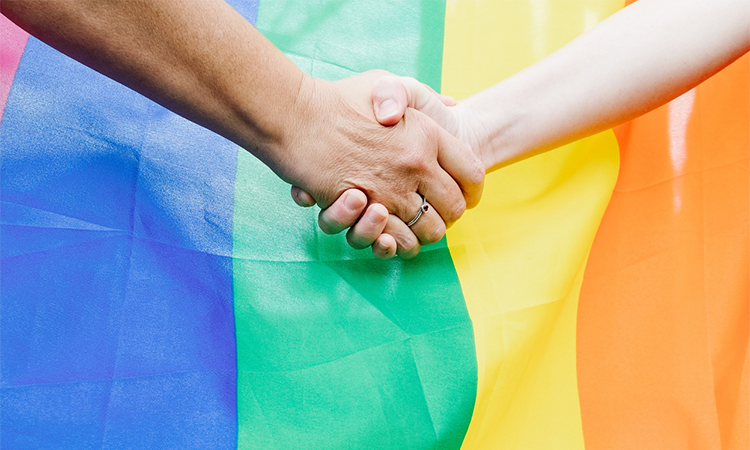 During this year’s Pride Month, we celebrate an important message: “You are Included.”  The diverse experiences, perspectives, and contributions of the State Department community make our institution stronger and advance the goals of American diplomacy.  Out of many, we are one.

The Department has committed to increasing U.S. engagement on lesbian, gay, bisexual, transgender, queer, and intersex (LGBTQI+) human rights issues abroad.  As we do so, we work with partners around the world who bring to bear expertise on their unique challenges and innovative solutions. We recognize that, through these partnerships, we will be able to build a safer, more inclusive global society for all LGBTQI+ persons. We also strive to increase visibility of and address the acute challenges faced by particularly marginalized LGBTQI+ communities, including women and girls; racial and religious minorities; persons with disabilities; and transgender, gender diverse, and intersex persons.

As we celebrate Pride Month this June, let us not only observe how far we have come in the struggle for the human rights of LGBTQI+ persons, but also acknowledge the challenges that remain.  LGBTQI+ persons around the world continue to face discrimination, violence, and other forms of persecution because of who they are and whom they love.  Although we still have work to do, the Department is proud to lead by the power of example, including the example set by the LGBTQI+ members of our workforce, in the promotion of human rights for all persons.

We are proudly diverse in identity but unified in our shared commitment to the freedom and dignity of all.

This Pride Month, we reassert our commitment to promoting and protecting human rights, equality, and freedom for lesbian, gay, bisexual, transgender, queer, and intersex (LGBTQI+) people in the United States and throughout the world.

Pride Month was first celebrated in the United States to honor the 1969 Stonewall Riots in New York City, a turning point in the LGBTQI+ rights movement when LGBTQI+ Americans took to the streets to demand dignity, equal justice, and equal opportunity. Today, Pride Month serves as a testament to the extraordinary progress the LGBTQI+ community has made in the fight against bigotry and discrimination, as well as a vital reminder of the significant work that remains to achieve full equality for LGBTQI+ people at home and abroad. Because of the courageous acts of millions who spoke out to demand justice and the important work of those who quietly pushed for progress since the Stonewall riots, our nation has made great strides in recognizing what these brave individuals long held to be true: that human rights belong to all, regardless of sexual orientation, gender identity and expression, or sex characteristics.

The struggle to end violence, discrimination, criminalization, and stigma against LGBTQI+ persons is a global challenge that deserves a global response. LGBTQI+ status or conduct is still criminalized in more than 70 countries or territories, and many individuals continue to face discrimination, harassment, and violence at work, at school, and in public accommodations.

The United States stands firmly behind our commitment to universal human rights because everyone should be treated with dignity and respect no matter who they are or whom they love. To this end, we are leading efforts across the UN system and working within the UN LGBTI Core Group to protect and promote the human rights of LGBTQI+ persons. We made advancements this year through the Core Group on drawing attention in the General Assembly to the rights of transgender persons, and highlighting in the Security Council the particular impact of sexual violence in conflict on LGBTQI+ individuals. Our work must continue to fully realize the human rights of LGBTQI+ people including through combatting criminalization of LGBTQI+ status and conduct and protecting vulnerable LGBTQI+ refugees and asylum seekers.