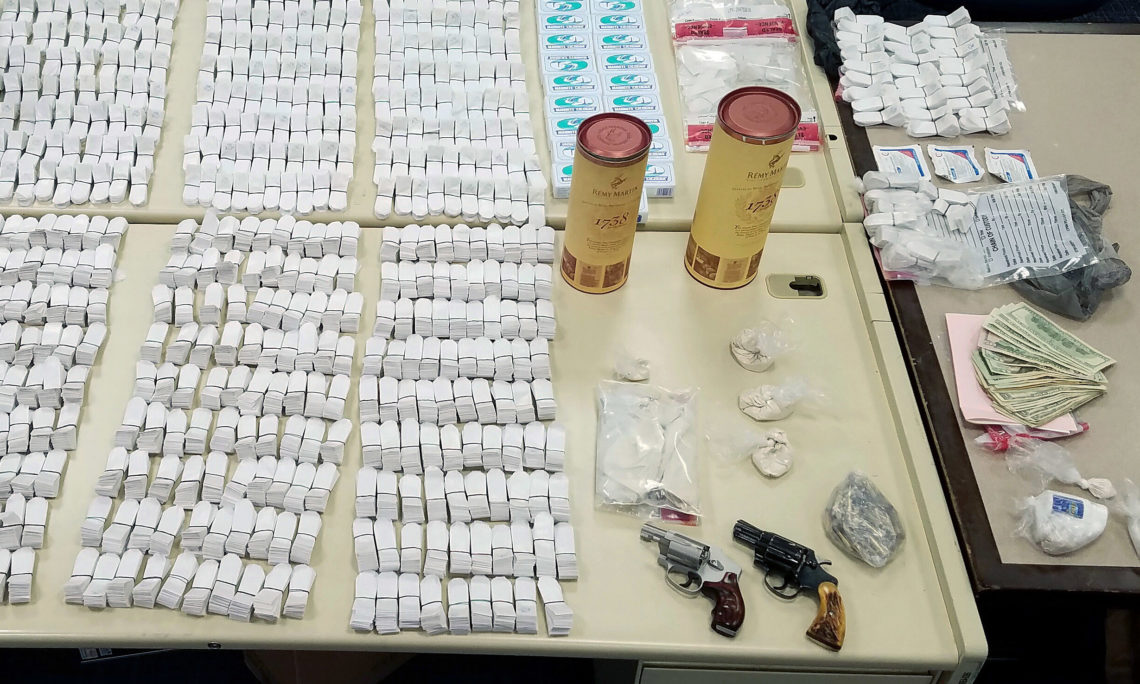 The United States is in the midst of the deadliest drug epidemic in our history – the opioid crisis.  The Centers for Disease Control and Prevention estimate that over 93,000 people in the United States died of an opioid overdose in 2020 – the highest number ever recorded in a 12-month period, and a 30 percent increase from 2019.  Nearly 60 percent of overdose deaths involved synthetic opioids such as fentanyl.

But the problem is not exclusive to the United States.

According to the UN Office of Drugs and Crime’s (UNODC) 2021 World Drug Report, nearly 62 million people around the world misused opioids in 2019, double the number who misused opioids in 2010.  Opioid misuse accounted for 12.9 million healthy years of life lost due to disability and premature death worldwide.

This is a global health crisis that no single country can stop alone.

The United States works with Vienna-based international organizations, as well as with our international partners based in Vienna, to tackle both the demand for and supply of illicit opioids.

Diplomacy with Other UN Member States

The United States works with other UN Member States at the annual Commission on Narcotic Drugs (CND) to ensure that the lists of drugs controlled under the international drug control treaties are up to date, provide policy guidance to UNODC, and collaborate with and encourage Member States to address and counter the World Drug Problem.

The CND is also a key venue to share drug control best practices.  The United States has been a champion of promoting international cooperation in this regard, sponsoring and co-sponsoring priority resolutions in recent years on, and successfully securing the unanimous support of all UN Member States for, a variety of topics from combatting synthetic drug threats, to curbing trafficking in precursor chemicals, to improving drug prevention, treatment and recovery support services, to creating private-public partnerships aimed at addressing and countering the World Drug Problem.

United States Support for UNODC to Combat the Opioid Epidemic

The United States is a major financial contributor to UNODC initiatives that seek to stem the supply of illicitly produced synthetic drugs, provide support for victims, and work to reduce the demand for illicit drugs. For example, the UNODC Opioid Strategy has received over $13 million from the United States in recent years.

For example, the United States is a major contributor to the UNODC Laboratory and Forensic Science Service, which provides scientific and forensic advice, training, and equipment to almost 300 labs in 80 countries.  Among the Laboratory initiatives the U.S. supports are the Global SMART program, which facilitates the rapid exchange of vital information on illicit synthetic drugs; the UNODC Early Warning Advisory (EWA) on new psychoactive substances (NPS), which monitors, analyses and reports trends on NPS as a basis for effective evidence-based policy responses; and the UNODC Opioid Strategy, which helps Member States develop effective responses to synthetic drugs threats and brings together the unique expertise of several UN bodies in the fight against illicit opioids. Through the Opioid Strategy, with assistance from the United States, UNODC launched the UN Toolkit on Synthetic Drugs which is a one-stop shop bringing together a wide range of guidance and resources from a variety of specialized agencies across the UN system to establish new and innovative approaches to addressing the international threats posed by non-medical use of synthetic drugs.

The United States also supports other UNODC work to counter the supply of illicit synthetic drugs, such as CRIMJUST, which seeks to enhance law enforcement and judicial counter-narcotic strategies beyond interdiction activities, while fostering transnational responses targeting each stage of the drug supply chain; the Container Control Program, which trains customs officials to identify and select high-risk containers for inspection; and the Paris Pact Initiative, which combats the trafficking of illicit opiates originating in Afghanistan.

Furthermore, the United States supports a range of UNODC initiatives to address health-related aspects of substance use, including efforts to prevent substance use among at-risk youth and adolescents, support evidence-based treatment interventions, and provide policymakers with effective drug demand reduction policy and program options.

United States Support for the International Narcotics Control Board

The United States is also a major donor to the International Narcotics Control Board (INCB), and in particular to the GRIDS Program, which works to reduce global trafficking in dangerous substances, with a particular focus on dangerous new psychoactive substances (NPS) that are not yet under international control.

The GRIDS Program’s three-pronged approach includes the OPIOIDS Project, which facilitates real-time information and intelligence sharing between governments, international agencies and the private sector to identify and stop illicit manufacturers, distributors and vendors of synthetic opioids; Project ION, which helps national authorities prevent dangerous new psychoactive substances that are not yet under international control from reaching consumer markets; and the INCB Public-Private Partnerships initiative, which helps companies engaging in legitimate commerce stop drug traffickers from using their platforms to obtain the chemicals they need to make synthetic drugs.

To find out more about the latest U.S. policy to tackle the drug problem at home and abroad, click here to read the Biden-Harris Administration’s Statement of Drug Policy Priorities for Year One.