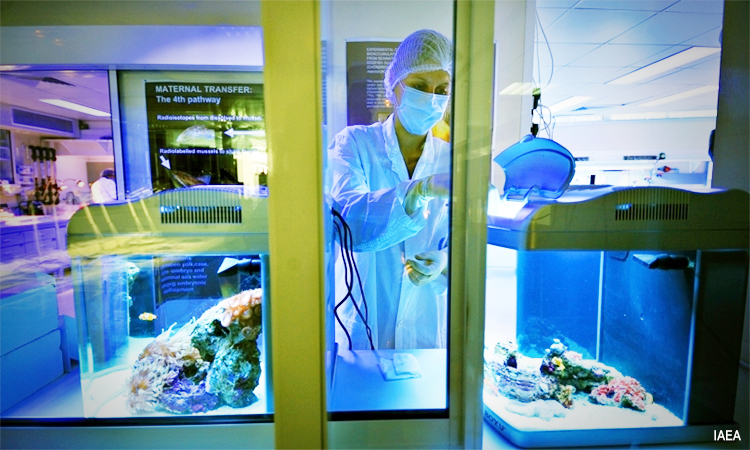 Today in Vienna, at a meeting of the International Atomic Energy Agency (IAEA) Board of Governors, U.S. Ambassador Jackie Wolcott announced the allocation of just over $1,013,000 in U.S. funding for the IAEA Nuclear Sciences and Applications Environment Laboratories in Monaco to study ocean acidification and degraded marine ecosystems. The funding is provided by the U.S. Department of Energy’s Office of Science through the IAEA’s Peaceful Uses Initiative.

The contribution includes approximately $665,000 for the Ocean Acidification International Coordination Center (OA-ICC) located at the IAEA’s environment laboratories. The OA-ICC works to promote, facilitate, and communicate global activities on ocean acidification. It also serves as a hub to bring together scientists, policy makers, media, schools, the general public, and other ocean acidification stakeholders. Since 2012, the United States has donated over $4 million to the OA-ICC to work with partners across the globe to advance ocean acidification science and international collaboration.

The U.S. contribution also includes $350,000 for an IAEA project which seeks to support Member States in using nuclear-related applications to evaluate drivers that lead to so-called “coastal dead zones.” The United States supports the IAEA’s efforts to establish and improve a responsive international research community to monitor and evaluate environmental effects in oceans and coastal zones.

The U.S. contribution to both projects is in keeping with the Department of Energy Office of Science’s mission to deliver scientific discoveries and major scientific tools to transform our understanding of nature and advance the energy, economic, and national security of the United States.

In her statement to the IAEA Board of Governors, Ambassador Wolcott noted that “the United States remains fully committed to supporting the work of the IAEA in research, development, and deployment of nuclear energy, science, and technology for peaceful uses, consistent with Article IV of the Nuclear Non-Proliferation Treaty,” or NPT. Article IV of the NPT recognizes the inalienable right of NPT Parties to develop nuclear energy for peaceful purposes, in conformity with their non-proliferation obligations under the Treaty. Article IV also provides for international cooperation to enable states to enjoy the benefits of the peaceful uses of the atom.

Ambassador Wolcott also noted that for over 60 years, the United States has been a leading supporter of IAEA activities that facilitate worldwide access to peaceful uses assistance, consistent with the highest standards of nuclear safety, security, and nonproliferation.