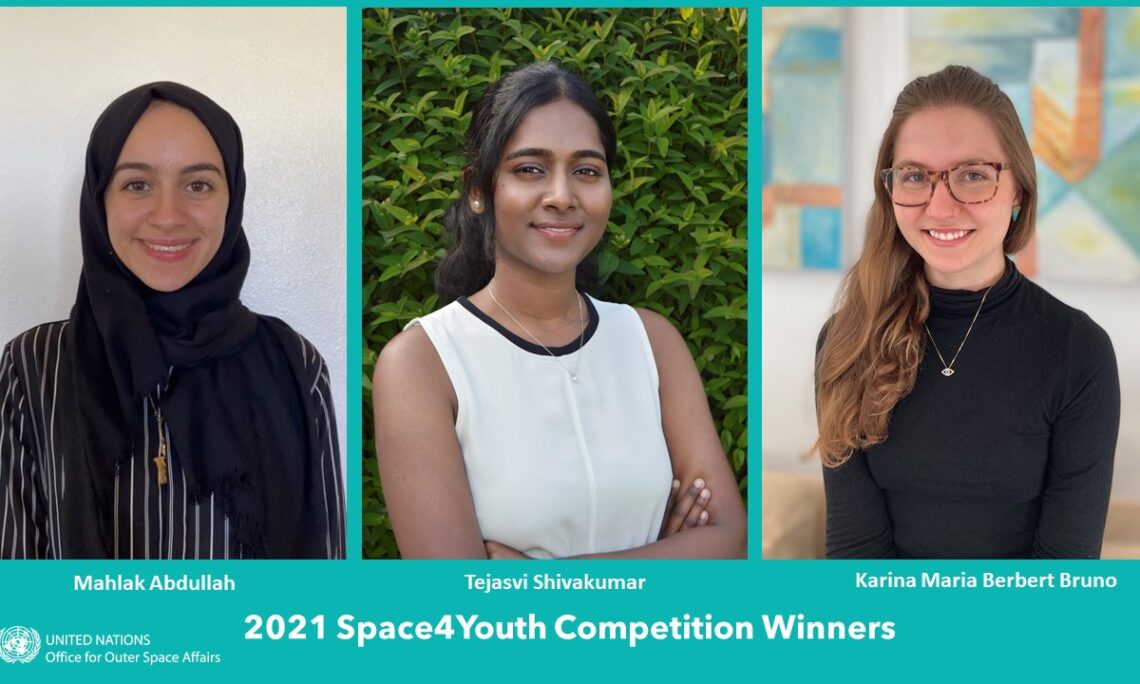 VIENNA, August 30, 2021 — The U.S. Mission to International Organizations in Vienna announced earlier this year that it will support the Space4Youth Competition 2021, organized by the UN Office for Outer Space Affairs (UNOOSA) and the Space Generation Advisory Council (SGAC).

The 2021 winners were selected from the largest pool of applicants and countries of origin in the competition’s three year history. Competitors responded to the prompt “Space as a tool to foster climate change mitigation and adaptation.” Out of 430 submissions, three winners and six special mentions were selected. Their essays have been published on the UNOOSA website.

The three winners selected are:

At UN Headquarters in Vienna, the United States works with UNOOSA and international partners on the UN’s Committee on the Peaceful Uses of Outer Space to address critical issues of safety and sustainability of operations in space. At home and worldwide, the United States is leading a coalition of countries for further exploration of the Moon, Mars, and beyond, and remains committed to working with international and commercial partners to bring the benefits of outer space back to Earth.

U.S. Mission support for the competition is provided with funding appropriated by the U.S. Congress to promote the better understanding of the United States among the peoples of the world and to strengthen cooperative international relations. By supporting the initiative, the U.S. Mission will encourage youth worldwide to participate in UNOOSA’s competition and give the winners first-hand experience with the U.S. space industry.

The United Kingdom Space Agency co-sponsored this year’s competition, organizing an event with UK and U.S experts who will provide further feedback to the winners and support them in developing their ideas further.

Highlighting U.S. leadership in outer space, U.S. Chargé d’affaires Louis Bono noted, “The United States is on the cusp of another ‘giant leap’ in terms of both peaceful exploration of outer space, with the Artemis Program to land the next man and first woman on the surface of the Moon, and with our efforts to address the global climate crisis and drive innovation in the green and blue economies. Both of these efforts will require global engagement and cooperation with governments and private sector companies from all over the globe. The next generation of young leaders has a particularly important role to play, both for the ideas and enthusiasm they will contribute to these global efforts, and because of their important role as change agents and stakeholders in ensuring our efforts succeed.”

Explaining the importance of the contest’s theme, UNOOSA Director Simonetta Di Pippo stated “Climate change is the defining challenge of our time, and, in order to confront it, we need to leverage the talent and innovative ideas of young people. Space is innovation by definition and it is essential that the next generation seizes the incredible opportunities offered by the space sector. UNOOSA is proud to continue elevating their voices and contributions through the Space4Youth initiative.”

Further information about the Space4Youth Competition is available at: https://www.unoosa.org/oosa/en/ourwork/space4youth/competition/2021/index.html