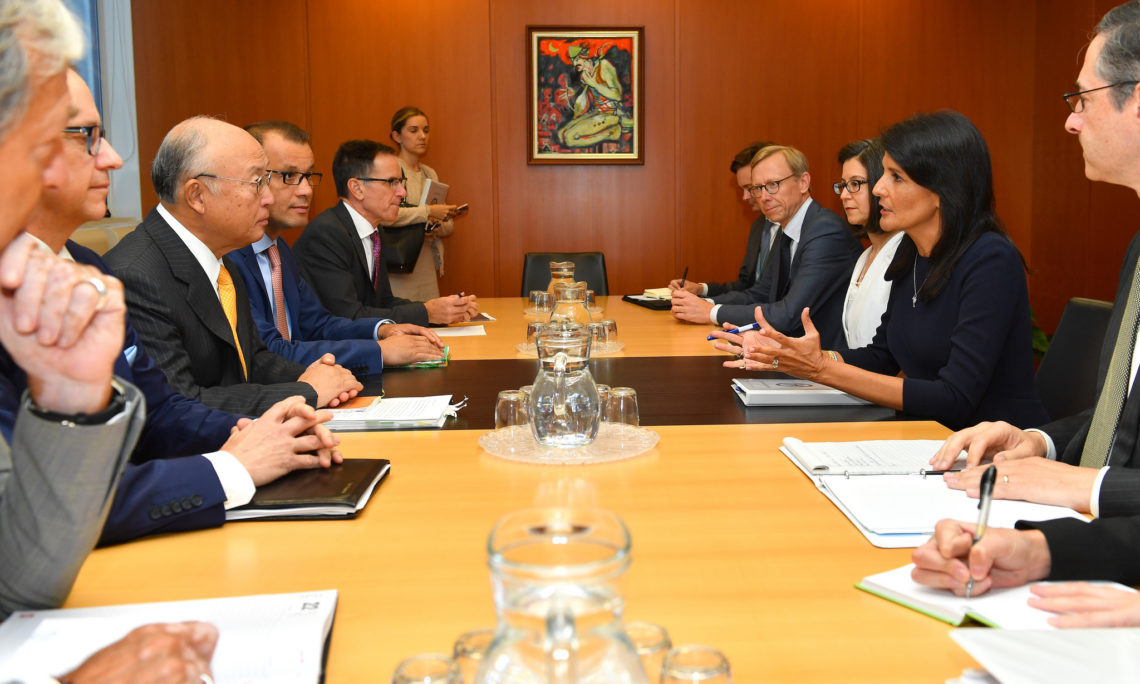 Ambassador Nikki Haley, U.S. Permanent Representative to the United Nations, met with Yukiya Amano, Director General of the International Atomic Energy Agency (IAEA) today in Vienna, Austria. Ambassador Haley is in Vienna to meet with IAEA officials to discuss the IAEA’s monitoring and verification efforts and Iran’s compliance with the nuclear deal, as enshrined in UN Security Council Resolution 2231.

Ambassador Haley conveyed the United States’ strong support for the IAEA’s mission and noted that a strong and credible IAEA is in the U.S. national security interest. She praised the IAEA’s technical expertise and its credibility, professionalism, and seriousness in conducting its monitoring and verification work in Iran. Ambassador Haley and Director General Amano discussed U.S. concerns about ensuring Iran strictly adheres to its obligations, noting that IAEA reports can only be as good as the access Iran grants to any facility the IAEA suspects of having a nuclear role. They also discussed the importance of preventing Iran from exploiting ambiguous language in the nuclear agreement. Ambassador Haley reiterated the United States’ determination to ensure the IAEA has the resources it needs for robust verification of nuclear-related activities in Iran.