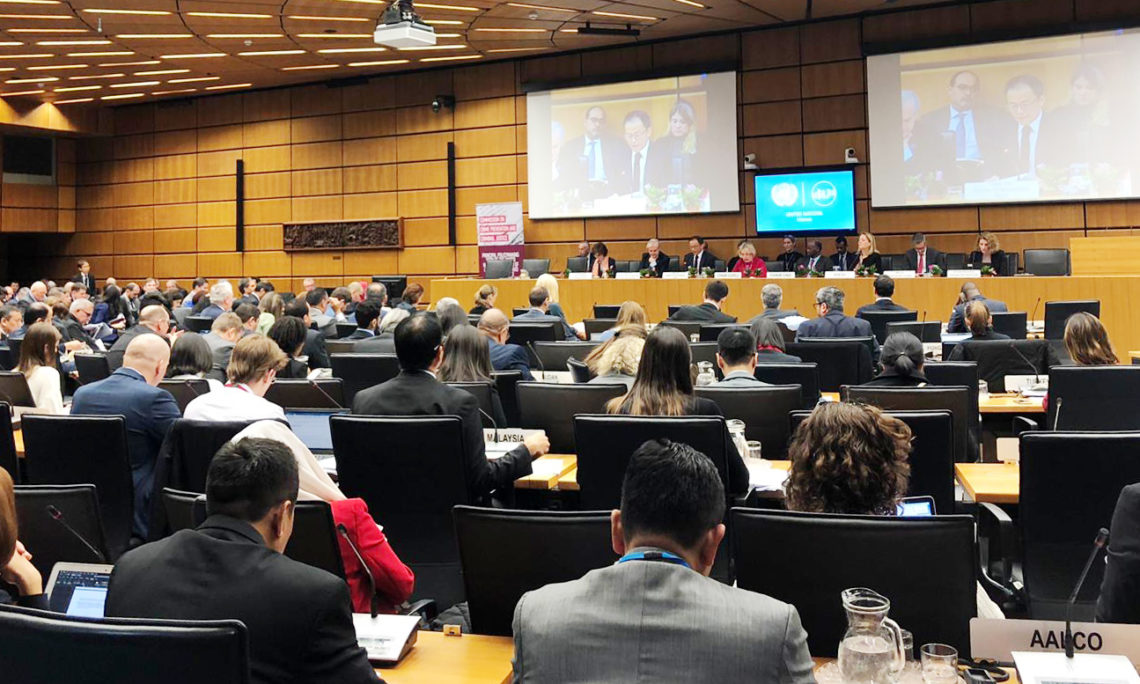 Reconvened Sessions of the 62nd Session of the CND and the 28th Session of the CCPCJ
Agenda Item 8 (CND) and 4 (CCPCJ): Strategic Management, Budgetary and Administrative Questions

Over the last decade, UNODC Executive Director Yury Fedotov’s steady leadership played an important role in UNODC’s success and we would like to take this opportunity to thank him for his service and wish him well.

We also welcome incoming Executive Director Ghada Waly, and anticipate her experience will stand her in good stead as she tackles – in particular – important management, budget, and administrative issues at UNODC.

As one of UNODC’s strongest supporters and major donors, the United States places great value in UNODC’s drug-control and anti-crime programming. UNODC’s sustained involvement, both from headquarters and the field offices, as well as its integrated approach to developing regional, country, and global thematic programs, foster the political will necessary for assistance to make a true impact.

While the mandates of UNODC may, in some cases, align with the 2030 Agenda for Sustainable Development, the 2030 Agenda and its relevant goals and targets were created to support and complement existing drug control and criminal justice frameworks, not supersede them.

The United States continues to have concerns about core budget issues such as transparency in the decision-making at headquarters on the use of Program Support Costs and encourages a broader distribution of those funds between various divisions at headquarters and in the field, including to support UNODC’s field presence.

At the same time, we would like UNODC’s efforts at developing a budget to be closely tied to the Secretary General’s reform efforts. This includes implementing a budget cycle on an annual, rather than biennial basis, as well as improving overall transparency and communication with Member States on budget processes.

The United States is an active participant in FINGOV and we appreciate the opportunity this informal venue provides for discussion of budget and management issues at UNDOC. FINGOV is an important tool for providing transparency and fostering greater communication between the Secretariat and Member States, while decision-making responsibilities remain with the Commissions.

Finally, the United States supports UNODC’s efforts to develop comprehensive diversity, recruitment, and workforce planning strategies to enhance women’s empowerment, alongside enhancing geographical representation. The paramount focus on selecting candidates should be based on merit and competence, as enshrined in Article 101 of the UN Charter.