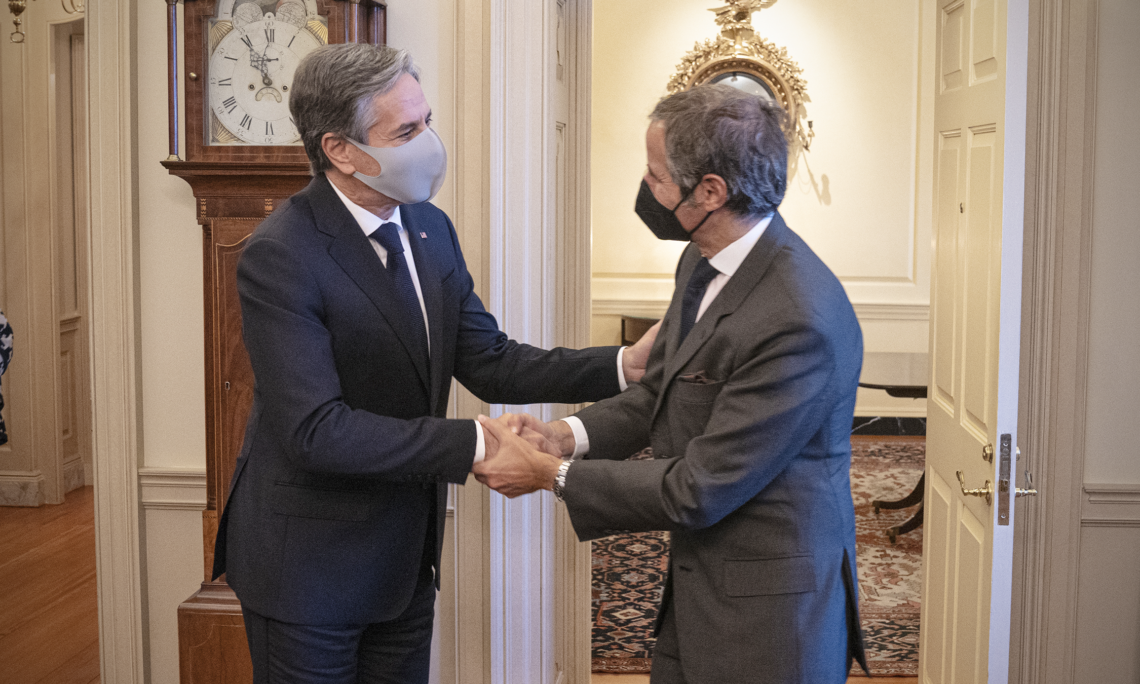 The below is attributable to Spokesperson Ned Price:

Secretary of State Antony J. Blinken met yesterday with International Atomic Energy Agency (IAEA) Director General Rafael Grossi. Secretary Blinken underscored the strong U.S. support for the IAEA’s global nuclear nonproliferation verification mission, including in Iran. The Secretary consulted with the Director General regarding the need for Iran to meet its nuclear verification obligations and commitments, cease its nuclear provocations, and return to the diplomacy it says it seeks.

The Secretary noted that the IAEA plays a critical role in implementing the promise of the Nuclear Non-Proliferation Treaty by providing assurance about the peaceful nature of nuclear programs around the world and by facilitating the safe and secure use of nuclear technology, including to help meet the challenge of global climate change.