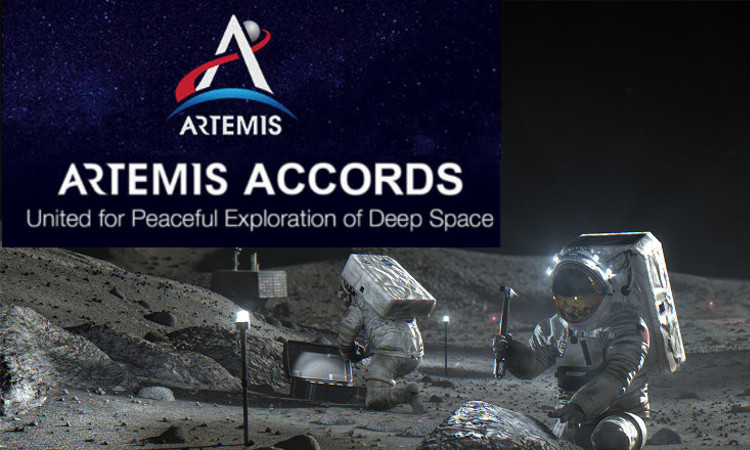 The Artemis Accords, a multilateral set of commitments that will guide American and partner exploration of the Moon, Mars, and beyond, were first signed by eight countries in the fall of 2020. On the sidelines of the 2022 COPUOS STSC, we spoke to the head of the U.S. delegation, NASA’s Senior Program Specialist in the Office of International and Interagency Relations Kevin Conole, about the Accords. Read the full interview below.

It’s been well over a year since the Artemis Accords were first signed by eight countries. What’s changed since their signing?

Conole: Well, to begin, we have nearly doubled the number of signatories since the “original eight,” with 15 countries now having announced their signature of the Accords. And, more are on the way! We are pleased not only with the growing interest, but also the diversity of countries – large, small, established and emerging – that support the Accords.

In what way or ways does being an Artemis Accords signatory benefit a country’s space program or space industry?

Conole: Expanding on the topic of diversity, there are a number of reasons for countries to sign the Accords. Larger “legacy” space agencies with significant capabilities and firm exploration plans have an opportunity to demonstrate leadership on the importance of a common set of principles to govern behavior in space. In a similar vein, countries with smaller or emerging, or in some cases, no current space capabilities, have an opportunity to lend their voice to the notion that space belongs to all – including those who have yet to fully engage.

We’re interviewing you on the margins of COPUOS’s Scientific and Technical Subcommittee (STSC), a multilateral event. How does being an Artemis signatory inform a government’s engagement on issues under discussion at the STSC?

Conole: It is important to stress that the Artemis Accords are not intended to bypass or in any way undermine the important work performed through the STSC. Quite the contrary – the Accords are fully consistent with existing treaties, including the Outer Space Treaty, which form the basis of international space law. In many respects, the Accords help ground, or “operationalize” important elements of international space law, driven by the ambitious and relative near term activities the United States is planning under the Artemis program. In fact, the launch of Artemis I – the uncrewed first launch of the massive Space Launch System that will carry astronauts back to the Moon and on to Mars – is scheduled to occur in the very near future. Thus, it is a matter of urgency that responsible nations begin the work of establishing the principles that will guide humanity’s next chapter of exploration.

Which Artemis Principles have a nexus to COPUOS and, in turn, how have the Accords influenced U.S. activity at the STSC?

Conole: Whenever there is an emerging consensus among technical experts, we seek to engage established and emerging space-faring nations through multilateral fora, such as COPUOS. The Committee and its subcommittees have demonstrated they can play an important role in developing “best practices” based on inputs from technical experts working in the space sector. For example, COPUOS was successful in reaching a consensus on Orbital Debris Mitigation Guidelines and on the 21 guidelines for the long-term sustainability of outer space activities. Just as we share information through COPUOS on national implementation of the 21 guidelines, we look forward to engaging through COPUOS to share lessons learned in implementing the Accords with UN member states and the broader international community.