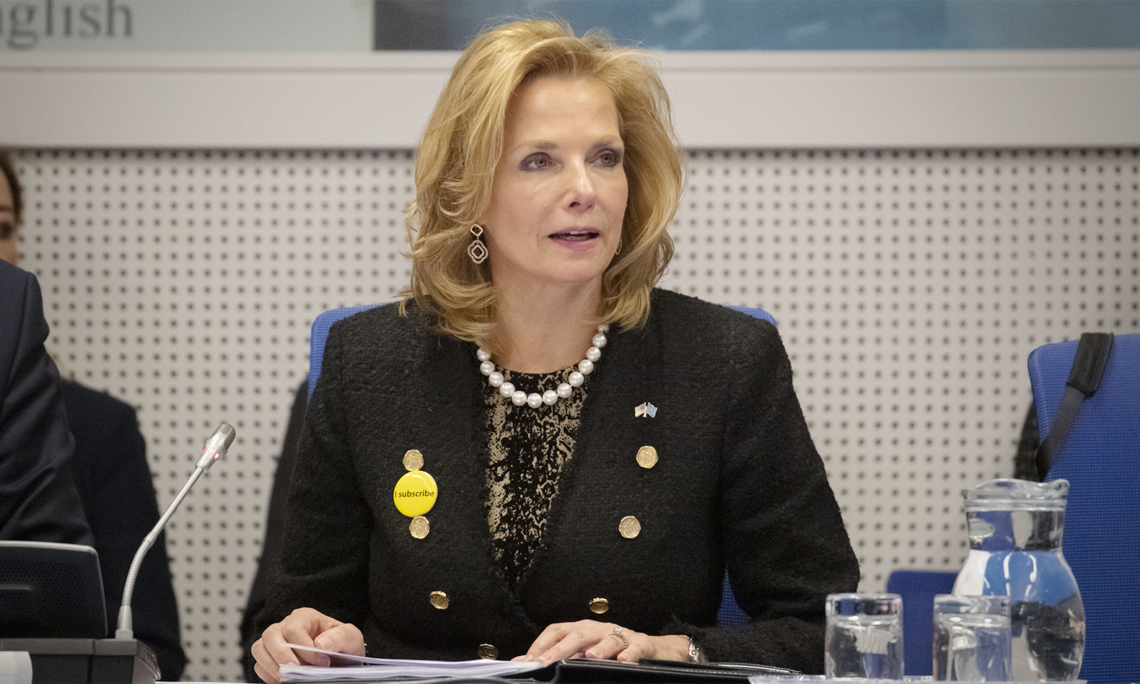 The Enduring Imperative of Nuclear Security

For more than a generation, the fear that terrorists could acquire and use a nuclear weapon has motivated a range of efforts by the Member States, in cooperation with the IAEA, to place nuclear materials beyond the reach of non-State actors. Little imagination is required to envision the disastrous consequences that would occur should these efforts fail. As former United Nations Secretary-General Kofi Annan warned, an act of nuclear terrorism “would not only cause widespread death and destruction but would stagger the world economy and thrust tens of millions of people into dire poverty.”

Since the start of the new century, terrorist groups have committed acts of unspeakable barbarity in New York City, Madrid, London, Paris, Brussels, Bali, and throughout the Middle East and Africa. ISIS’ use of chemical weapons in Syria and Iraq suggests it would commit violence on an even more horrifying scale if it could, and other terrorist groups have expressed the desire to obtain more destructive weapons, including nuclear capabilities. Unfortunately, this prospect is far from abstract. Al-Qaeda was thought to have pursued nuclear weapons in the 1990s, and, since that period, weapons-usable nuclear material has been interdicted outside of regulatory control in roughly two dozen actions.

Although constructing a nuclear device would require significant resources and advanced scientific and engineering skills, we cannot assume that these obstacles will hinder terrorists indefinitely. The only sure way to guarantee these malevolent actors never obtain the world’s most powerful weapons is to prevent their acquisition of nuclear material.

The United States and its partners, working together with the IAEA, have made great progress over the past decade to secure or reduce the vulnerability of nuclear and radioactive material and associated facilities worldwide. Yet much work remains to be done, and because this threat recognizes no borders, efforts to counter it must be truly international in character. As the world’s chief coordinator for nuclear security, the IAEA is the indispensable global body to assist States with improving nuclear security and enable the peaceful use of nuclear energy. The International Conference on Nuclear Security: Sustaining and Strengthening Efforts (ICONS 2020) held in February 2020 therefore presents a fitting occasion to strengthen our commitment to keeping these materials out of terrorists’ hands.

Because of the IAEA’s record as a venue for thoughtful deliberation and problem solving, ICONS 2020 is an important opportunity to promote nuclear security internationally. ICONS 2020 provides a forum for senior government officials and nuclear security experts from around the world to share achievements and best practices, evaluate current approaches and propose new ones and identify future priorities for nuclear security.

Yet, as important as ICONS 2020 will be for global nuclear security, it is one element of a broader, ongoing effort. In 2021, the IAEA will also host the 2021 Conference of the Parties to the Amendment to the Convention on the Physical Protection of Nuclear Material, or the 2021 A/CPPNM Conference. An Amendment to broaden the scope of the 1979 CPPNM was adopted in 2005, including by significantly expanding the original requirements for protecting nuclear material used for peaceful purposes during international transport to include protections for such material in domestic use, storage and transport. The A/CPPNM entered into force in 2016 and serves as the foundation of the international nuclear security regime. It is the only legally binding undertaking covering the physical protection of nuclear materials and facilities. As of late 2019, there are still nearly 40 States Parties to the CPPNM that have yet to ratify the Amendment, and I encourage all States that have not yet done so to ratify the CPPNM and its Amendment prior to ICONS 2020, as the United States has proudly done.

Finally, I urge the Parties to the A/CPPNM to ensure they are implementing its provisions. In particular, States Parties must ensure they have enacted the necessary legal frameworks to support robust physical protection of nuclear materials and to criminalize certain acts, such as theft or smuggling of nuclear material. Doing so is crucial to international cooperation covered by the A/CPPNM, including the exchange of information on nuclear security threats and the prosecution or extradition of suspects believed to have committed offenses within the A/CPPNM’s scope.

Those of us who are responsible for preventing nuclear terrorism often ask ourselves a haunting question: if such an attack were to occur, what would we wish we had done differently to prevent it? The priorities developed at ICONS 2020 and other international fora provide clear guideposts for improving nuclear security and making the world a safer place. What is needed now is the will to see these goals through to fruition and uphold our responsibility to future generations.

This article originally appeared in the IAEA Bulletin on Nuclear Security, Vol. 61-1, February 2020

U.S. National Statement, as delivered by Secretary of Energy Dan Brouillette at the 2020 IAEA Conference on Nuclear Security