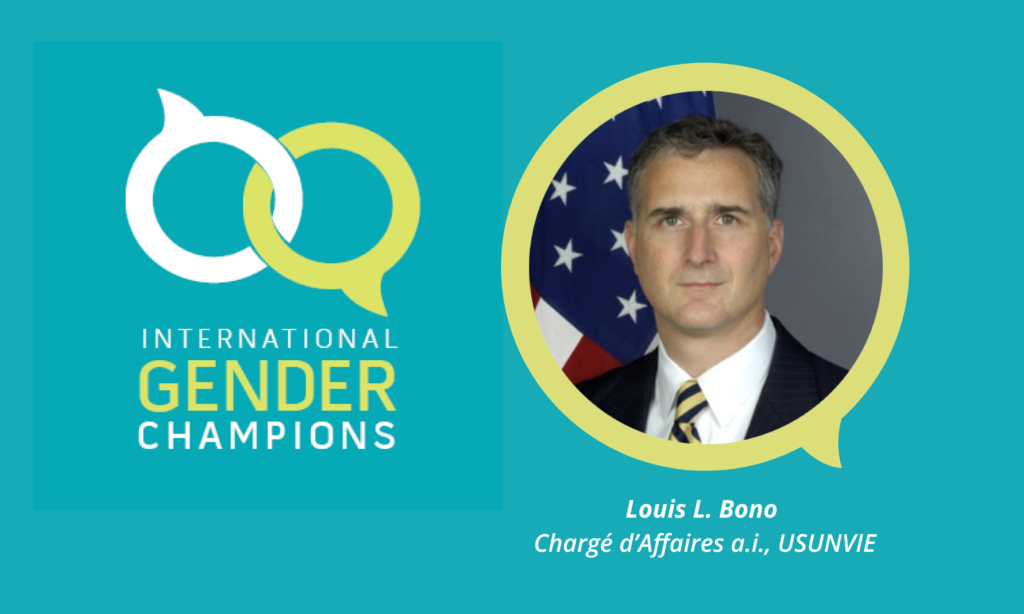 Today March 8, International Women’s Day, the U.S. Mission to International Organizations in Vienna is pleased to announce several steps it is taking to promote gender equality in our workplace and through our engagement with Vienna’s international organizations.

As an International Gender Champion, Chargé Bono has created a gender working group at the U.S. Mission that meets regularly to discuss and share strategies regarding gender issues within our Mission and Vienna’s international organizations. The working group will provide him with specific recommendations for actions to enhance gender responsiveness.

Chargé Bono has also committed to ensuring everyone working at the U.S. Mission in Vienna will complete State Department training on mitigating unconscious bias to ensure awareness of underlying issues that could potentially impact the workplace in a negative fashion.

“Societies that empower women economically and politically are more stable, prosperous, and peaceful,” Chargé Bono said upon assuming the role of International Gender Champion. “But we can’t expect others to promote gender equality if we’re not practicing what we preach within our own organizations. I became a Gender Champion to ensure my Mission promotes gender equality and engages on the issue with the international organizations in Vienna.”

International Gender Champions also sign the IGC Panel Parity Pledge to not serve on expert panels with unbalanced gender representation and to use their positions to advocate for more representation of female experts in their spheres of influence.

In addition to taking these concrete steps, the U.S. Mission to International Organizations in Vienna promotes gender equality through both its diplomatic engagement and public programming. As just a few examples, the U.S. Mission works regularly with the WINS (Women Institute for Nuclear Security) and WiN (Women in Nuclear) networks in Vienna, supports the UN Office for Outer Space Affairs’s Space4Women initiative, and was a founding member of the International Gender Champions Vienna Hub in 2016. The United States has also contributed funds to the IAEA’s Marie Sklodowska-Curie Fellowship Program, which aims to help grow the number of women in the nuclear field, supporting an inclusive workforce of both men and women who contribute to and drive global scientific and technological innovation.