Home Home | News & Events | U.S. on the Application of Safeguards in the DPRK at the IAEA BoG, Agenda Item 5(c) 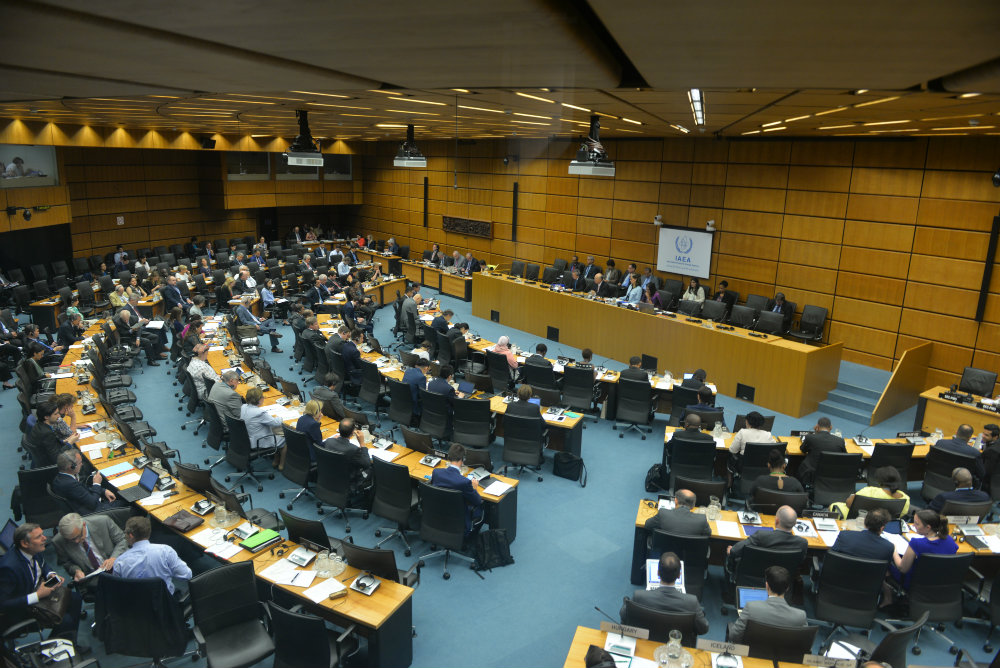 Statement under Agenda Item 5(c): Application of Safeguards in the Democratic People’s Republic of Korea

As delivered by Ambassador Jackie Wolcott at the IAEA Board of Governors Meeting
Vienna, March 6, 2019
Thank you, Madam Chair.

Last June, President Trump made the bold decision to meet directly with Chairman Kim in Singapore. The two sides committed to transforming relations between the United States and the DPRK, building a lasting and stable peace regime on the Korean peninsula, and working towards the complete denuclearization of the Korean Peninsula. President Trump met Chairman Kim again in Hanoi last week in an effort to make progress on these commitments outlined in the Singapore Joint Statement. Although we did not reach an agreement with the DPRK, we exchanged detailed positions and narrowed the gap on a number of issues.

This proposal would have left intact the DPRK’s unlawful WMD arsenal, all of its ballistic missiles, and the vast majority of its WMD and missile production capacity. It would not have fulfilled the DPRK’s international obligations as set forth in a series of longstanding UN Security Council resolutions, and by lifting virtually all UN sanctions it would have removed North Korea’s incentive finally to fulfil these obligations – thereby ensuring that this would effectively never happen. It would not have made us or the world safer.

We commend the Board’s sustained attention to the DPRK nuclear file. We continue to share the Director General’s troubling assessment of the DPRK’s unlawful nuclear programs and its continued violations of relevant UN Security Council resolutions. Although we stand ready to engage the DPRK in constructive negotiations, there can be no wavering from our collective demand that the DPRK fully comply with its international obligations and commitments, and our collective determination to maintain pressure on the DPRK regime until this happens. Until we achieve final, fully-verified denuclearization of the DPRK, the international community must remain united: Sanctions will remain in place, and will be fully enforced.

We appreciate the Agency’s continued efforts to monitor the DPRK’s nuclear program and to strengthen its readiness to carry out monitoring and verification activities in the DPRK if called upon. The world stands united behind the need for the DPRK to fulfill its denuclearization commitments. We remain ready to build upon progress made in Singapore and Hanoi and to work towards the brighter future that the DPRK seeks.