Home Home | News & Events | U.S. Statement to the Committee on the Peaceful Uses of Outer Space 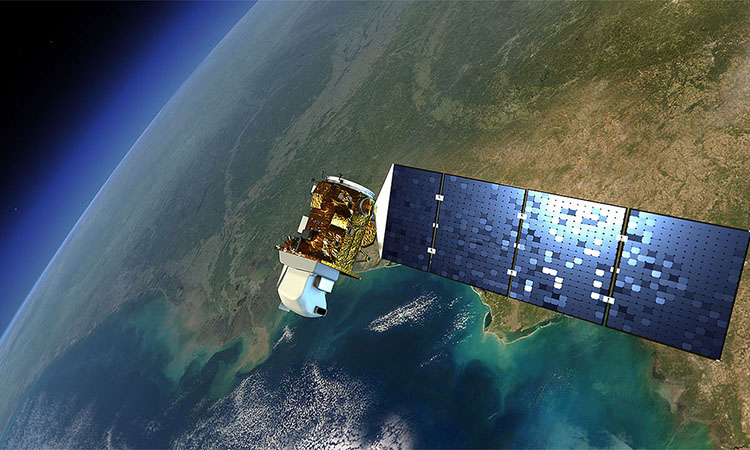 Committee on the Peaceful Uses of Outer Space: 2017,

Thank you, Madame Chair.  The United States Delegation congratulates you on your election, and we look forward to working with you.  I also would like to commend the Director of the Office for Outer Space Affairs, the Secretariat, and their colleagues, for their excellent work throughout the year.  We welcome the newest Member State, New Zealand, to the Committee.

The United States congratulates OOSA, Dr. Peter Martinez, and our fellow Member States of this distinguished Subcommittee for reaching consensus on an initial set of 12 Long-Term Sustainability of Outer Space Activities Guidelines, which represent “best practices” for the safe and responsible use of outer space.  We look forward to continuing progress during this session by working constructively with all delegations to complete a compendium of guidelines for endorsement by the UN General Assembly in 2018, at its 73rd session.

Regarding the use of nuclear power sources (NPS) in outer space, we encourage Member States to implement the joint Safety Framework developed by this Subcommittee, in partnership with the International Atomic Energy Agency.  The NPS Working Group has provided a useful forum to discuss specific aspects of the Safety Framework’s guidance and to learn from presentations and papers, and we look forward to continuing to hear from other Member States regarding best practices and national commitments to safety.

We are pleased with the progress of the Near-Earth Objects related activities of the Subcommittee.  The active support of the International Asteroid Warning Network and the Space Mission Planning and Advisory Group provides a strong foundation for international cooperation to deal with the potential threat of impacts of natural objects from space.

The United States actively supports the work of the Subcommittee under the space weather agenda item.  COPUOS continues to have an important role in promoting and coordinating international efforts to address space weather.  The U.S. is pleased that space weather is one of the seven Thematic Priorities for UNISPACE+50, and we look forward to working with the Space Weather Expert Group and with all Member States to build upon our current activities.

This past year marked record-breaking progress in the United States’ exploration objectives.  NASA’s Journey to Mars is moving forward with plans to send new robotic explorers to the Red Planet, while accomplishing key milestones for the imminent first flight of the Space Launch System rocket and Orion spacecraft into the proving ground of deep space.  The Mars Reconnaissance Orbiter recently helped us discover an ice deposit beneath the cracked plains of the planet’s surface, and is using its hi-resolution camera to examine potential landing sites for future robotic and human missions.  Meanwhile, Mars scientists continue to investigate the seasonal dark streaks, known as recurring slope lineae, learning about the presence of water on the Red Planet.  Among many incredible discoveries, the Curiosity rover found chemicals in Martian rocks that suggest the Red Planet once had more oxygen in its atmosphere than it does now.  Both Curiosity and the Opportunity rover, which has been operating since 2004, successfully tested a radio relay in November, using NASA-provided radios on the newly-arrived European Trace Gas Orbiter to send a signal to Earth, strengthening the international telecommunications network supporting Mars exploration.

The International Space Station is the world’s premier orbiting laboratory, where humans have been continuously conducting critical research for more than 16 years to demonstrate new technologies and provide benefits to Earth.  Astronaut Peggy Whitson recently joined the Space Station crew.  Next month, she will become the first woman to command the orbiting outpost twice, and by the conclusion of her mission, she is set to become the U.S. astronaut with the most cumulative time in space, surpassing Jeff Williams’ record of 534 days.  NASA Astronaut and Expedition 46 Commander Scott Kelly and his Russian counterpart Mikhail Kornienko returned to Earth last March, after a historic 340-day mission aboard the ISS.  The unprecedented mission continues as scientists assess and apply the data to advance NASA’s understanding and preparations for long-duration human spaceflight on the Journey to Mars.

NASA continues to explore our solar system and beyond to unravel the mysteries of our universe.  After an almost five-year journey to the solar system’s largest planet, NASA’s Juno spacecraft successfully entered Jupiter’s orbit on July 4th.  Juno will probe beneath the obscuring cloud cover of Jupiter and study its auroras to learn more about the planet’s origins, structure, atmosphere, and magnetosphere.  The September 8th launch of NASA’s first asteroid sampling mission began a journey that could revolutionize our understanding of the early solar system.  OSIRIS-REx is designed to rendezvous with and study the asteroid Bennu, then return a sample of it to Earth in 2023.  Back on Earth, the biggest and most powerful space telescope ever designed, the James Webb Space Telescope, is now is being prepared for testing prior to final assembly and launch next year.  Later this week, NASA’s Director of Astrophysics, Dr. Paul Hertz, will give a special presentation to this subcommittee on the JWST.

In May, NASA’s Kepler mission verified 1,284 new planets.  This single largest finding of exoplanets gives scientists hope that somewhere out there, around a star much like ours, we can eventually discover another Earth.  Astronomers using our Hubble Space Telescope imaged what may be water vapor plumes erupting off the surface of Europa.  Also in May, NASA successfully flew for the first time the four Magnetospheric Multiscale spacecraft through an invisible maelstrom in space, called magnetic reconnection.  NASA’s New Horizons mission reached a major milestone in October, when the last of the science data from the Pluto flyby arrived safely on Earth.

The latest Earth science missions will help us learn more about our planet from the highest reaches of Earth’s atmosphere to its core.  NASA and NOAA partnered with EUMETSAT and the French Space Agency in January 2016 to launch Jason-3, which continues a nearly quarter-century record of tracking global sea level rise.  Data from Jason-3 will improve weather, climate and ocean forecasts, including helping us monitor hurricanes and sea surface rise for climate change or other climate phenomena like El Niño.  In July, NASA and the U.S. Agency for International Development expanded the SERVIR network of environmental monitoring centers by opening the newest hub in West Africa.

The United States continues making progress on its two new major meteorological satellite programs.  NOAA’s Joint Polar Satellite System (JPSS), the first of which is scheduled for launch later this year, will succeed the current Polar Orbiting Environmental Satellite constellation.  On November 19, 2016, NOAA successfully launched the first in a new series of highly advanced geostationary weather satellites called Geostationary Operational Environmental Satellite R.  Now called GOES-16, the spacecraft will boost weather observation capabilities, leading to more accurate and timely forecasts, watches and warnings.  We look forward to providing OOSA with scale models of the GOES-R and JPSS spacecraft for display.  NOAA would like to thank our Japanese colleagues for providing early access to the Himawari-8 geostationary satellite, which helped prepare for the launch of GOES-16, and we congratulate Japan on the successful launch of Himawari-9 on November 2nd.

The U.S. Geological Survey continues to operate Landsat 7 and Landsat 8 such that both satellites are collecting, on average, approximately 1,200 global scenes per day.  NASA and USGS are working together to launch Landsat 9 in 2020.  Landsat 8 continues to expand its night and ocean imaging to support campaigns for 50 volcanoes globally.  All of the nearly 7 million unique Landsat scenes are freely available to users worldwide and continue to provide essential information for science and geospatial applications, including land surface and natural resources monitoring, ecosystems research, disaster mitigation, and global change assessment.  USGS will provide two Landsat training sessions on the margins of the STSC, which will be open to all Member States; the first session will be held on Friday, February 3rd, at 1pm, in C6.

Madame Chair, the United States will continue to work to expand international cooperation on mutually beneficial space activities to broaden and extend the benefits of space for all humankind.  Thank you, Madame Chair.