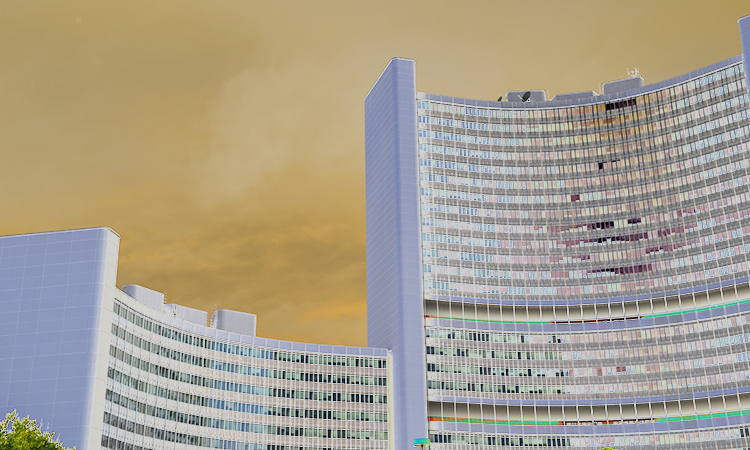 Agenda Item 9:  Any Other Business

For the sake of efficiency, I would like to address a number of issues under AOB in one consolidated statement.  I apologize in advance for its length.

The United States, as a part of our longstanding support to the Agency’s Technical Cooperation Programs, and consistent with our endorsement of the recommendations of the Working Group on Financing the Agency’s Activities, supports the adoption of measures that would improve the effectiveness of the Due Account Mechanism in encouraging contributions to the Technical Cooperation Fund.  That mechanism is aimed at increasing the Technical Cooperation Fund level of contributions, limiting opportunities to side-step what is owed, and equitably applying it to all Member States according to their ability to pay.

We support a balanced and impartial management of the Due Account Mechanism, whose aim is to help ensure that the Agency’s resources for Technical Cooperation activities are sufficient, assured, and predictable.  An appropriately administered Due Account Mechanism serves to encourage the full and timely voluntary contributions of Member States’ TCF target shares.

For our part, we will continue to fully support the Agency’s efforts to improve the efficiency and effectiveness of the Technical Cooperation Program.  To that end, we strongly believe that all Member States have a responsibility to work together towards effective, efficient, and transparent implementation of the Technical Cooperation Program, including by strengthening the Due Account Mechanism, as this Board and the General Conference have repeatedly called for.

We look forward to continued consultations among Member States with a view to reaching consensus on revised guidelines as soon as possible, and their application as of the 2020-2021 Technical Cooperation cycle, as we agreed as part of Programme and Budget consensus this past June.  We would welcome the opportunity to participate in these informal consultations as we prepare for the November Technical Assistance and Cooperation Committee and Board meetings.

With respect to comments regarding the implementation of safeguards, the United States welcomes the Secretariat’s continued engagement with Member States in an open and transparent dialogue on progress made in developing and implementing safeguards, most recently during the Safeguards Technical Meeting held on August 28, 2017.  Taking this time to answer Member State questions helps to shed light, appropriately, on a technical and difficult topic.

The United States notes and welcomes the Director General’s intent to report to the Board by mid-2018 on the lessons learned from implementation of State Level Approaches, SLAs, for all States under Integrated Safeguards as of early 2015.

A previous speaker made reference to the 2015 Review Conference for the NPT.  We regret that, after considerable effort, the 2015 NPT Review Conference was not able to reach consensus.  However, we remain convinced that the proposals put forward in 2015 by some Member States were inconsistent with international norms regarding the establishment of nuclear or WMD-free zones and would not have advanced inclusive, consensus-based dialogue among the regional states.

I would also like to respond to comments made regarding efforts towards a WMD-free zone in the Middle East by referring to my statement yesterday on this subject under Agenda Item 8(a).  I will not repeat those comments now.

The United States regrets that the issue of so-called “Israeli nuclear capabilities” has once again been raised in the Board, as Israel has not violated any agreements with the IAEA, and is a longstanding and substantial contributor to the Agency’s technical work.  No other state in similar circumstances is singled out for such unfounded criticism in the Board.  Unfortunately, the narrative advanced by some states on this issue remains as unbalanced and unconstructive as ever.

Divisive and politically-motivated statements aimed at singling out one state for censure do not advance our shared goals, long-term goals of NPT universality, or of a Middle East free of weapons of mass destruction and delivery systems.  On the contrary, such statements only serve to undermine the trust and confidence necessary to achieve meaningful progress towards these goals.  We encourage all regional states to pursue cooperative avenues for advancing these shared goals, rather than repeating the same, politicized debates.

Regarding the Ban Treaty, as we stated in June, we do not support the Ban Treaty and any role for the IAEA in it.  This is a politically divisive issue that does not belong in Vienna without any hope of consensus.

Finally, I would like to thank the IAEA Staff Association for its contribution to a private humanitarian organization to assist in Hurricane Harvey relief efforts. We are moved by and grateful for your generosity.