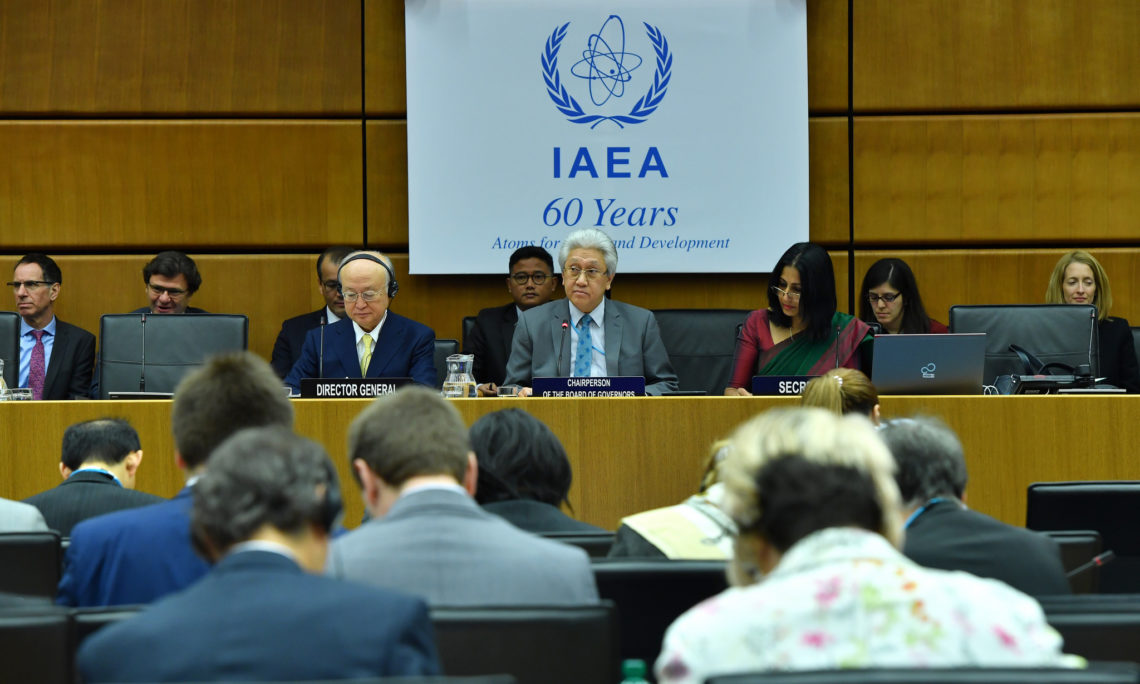 The United States welcomes the resolution on the DPRK adopted at this year’s General Conference. The resolution was a strong and determined response by the Member States to the DPRK’s continued development of its unlawful nuclear and ballistic missile programs in willful violation of multiple UN Security Council Resolutions. The resolution underscored that the DPRK’s nuclear ambitions constitute a challenge to the global nonproliferation regime and a threat to our shared peace and security. In adopting this resolution by consensus, and with the co-sponsorship of an incredible 74 Member States, the General Conference amplified the international community’s firm opposition to the DPRK’s possession of nuclear weapons and their means of delivery.

The United States has made and continues to make clear: We do not seek to be a threat to the Kim Jong Un regime or to the North Korean people. Our preferred approach is to resolve the situation with North Korea diplomatically, and we remain open to serious talks. Unfortunately, we continue to see no indications the DPRK is interested in meaningful dialogue.

More than ever, all of us in this Board room must work together to exert maximum diplomatic and economic pressure on the North Korean regime to persuade it to change course. As the General Conference stated in its resolution, all member states must “fully, comprehensively, and immediately” implement all DPRK-relevant UN Security Council resolutions. Through our concrete actions, we must ensure North Korea hears the unified message of the international community that it will only achieve the security and the prosperity it seeks by complying with its international obligations and fulfilling its commitments to abandon its nuclear and missile programs.  Let there be no mistake, the DPRK’s flagrant violations of international law and its disregard for international norms will not lead to its acceptance as a nuclear-armed state.

In conclusion, denuclearization remains our overriding priority, and we must continue to hold the DPRK to its commitments and obligations. North Korea’s nuclear activities, and its determined pursuit of new capabilities and means for delivery, will only deepen its isolation and strengthen the international consensus against the DPRK’s development and possession of nuclear weapons.