Home Home | News & Events | U.S. Statement on the Approval of the Appointment of Rafael Grossi as IAEA Director General 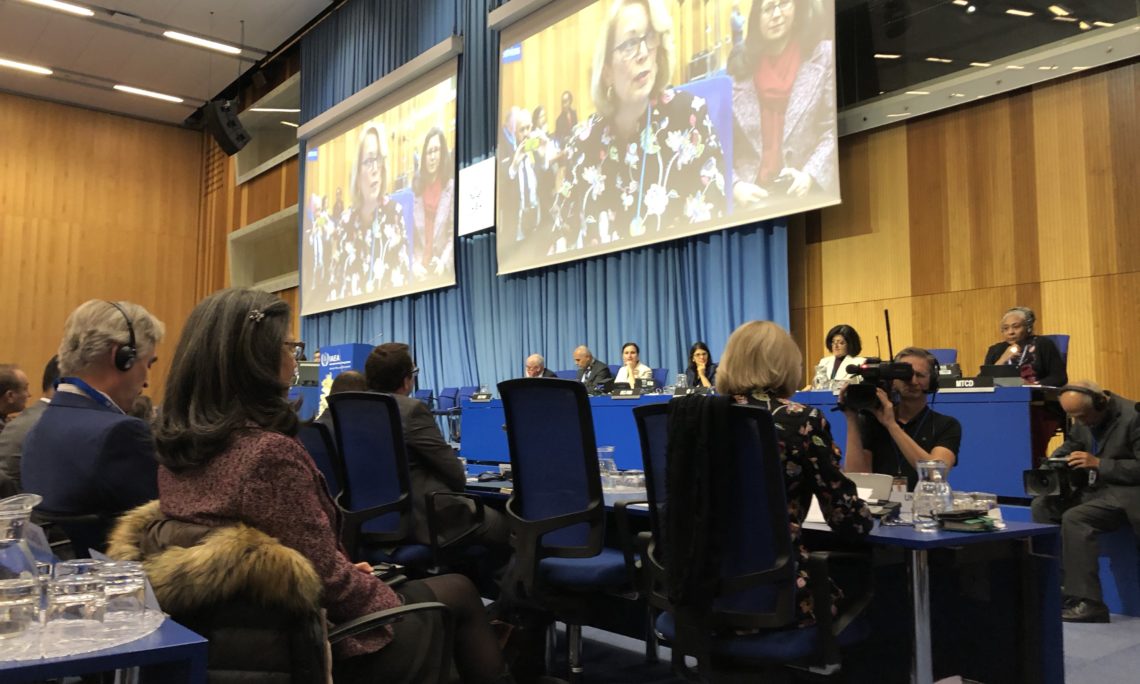 Approval of the Appointment of the Director General

I would like to congratulate Director General Designate Rafael Grossi on the approval of his appointment as the next IAEA Director General.  DG Designate Grossi brings an exceptional degree of substantive knowledge and diplomatic leadership experience from his work on nonproliferation and disarmament issues, particularly in the nuclear field.  He has served as the Chair of the Nuclear Suppliers Group, President of the Conference to Amend the Convention on Nuclear Safety, and most recently was the President-designate for the 2020 Nuclear Nonproliferation Treaty Review Conference.  Combined with his earlier experience as Chief of Cabinet both here at the IAEA and at the Organization for the Prohibition of Chemical Weapons, these positions have given him the management and leadership experience needed to run this complex international organization.

The passing of Director General Yukiya Amano was a great loss to this Agency, but DG Amano’s commitment to “Atoms for Peace and Development” will live on through such endeavors as the launch of the Peaceful Uses Initiative, the Renovation of the Nuclear Applications Laboratories at Seibersdorf, and the establishment of the IAEA Uranium Bank.  I also want to express my government’s deep gratitude to Cornel Feruta for stepping in to lead the Agency through this difficult time and ensure that its essential work continued without pause.

We look forward to working with DG Designate Grossi as he elaborates and carries forward his vision for the future of this Agency and with the Secretariat and other Member States as we implement that vision together.

My government reaffirms its steadfast commitment to support all the IAEA’s essential missions in seeking to enlarge the contributions of nuclear energy and technology to peace, health, and prosperity throughout the world, and to ensure that those contributions remain safe, secure, and peaceful.

Finally, President, we note that DG Designate Grossi will be our first Director General from Latin America, a region that has contributed much, and has yet much more to offer, to this Agency.  The representation of this region at the highest level of leadership in the IAEA is welcome and well-deserved.