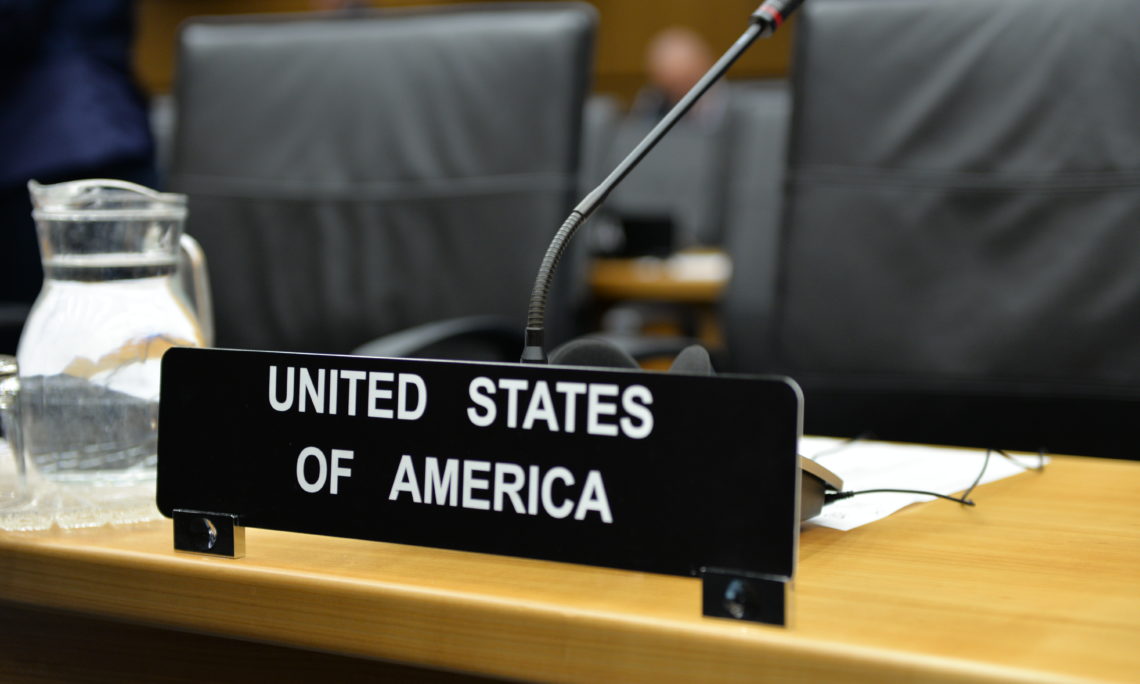 Chair,
The United States thanks the Director General for his update, and for his steadfast commitment to addressing Syria’s ongoing safeguards noncompliance, despite many years of obstruction and obfuscation by the Assad regime and its patrons. We are deeply grateful to the Director General and the Secretariat for their unwavering professionalism in implementing the Agency’s verification responsibilities in Syria and in keeping the Board well informed through regular, factual reporting.

Chair, we deeply regret that, for yet another Board cycle, Syria has failed to cooperate with the Agency to remedy its noncompliance and to address remaining questions regarding its undeclared nuclear activities. Of course, after nearly a decade of Syrian stalling, misinformation, and scapegoating, the Assad regime’s continued inaction should not come as a surprise to anyone in this room. Syria has made patently clear by its behavior that it has no regard for honoring its arms control or nonproliferation obligations and has no intention of working cooperatively with the IAEA to address this issue constructively. Instead, Syria appears prepared to impede the Agency’s work indefinitely, in the hope that Board members will eventually lose interest. Syria must not succeed in its cynical stonewalling.

Chair, during my statement at the last Board meeting in March, and drawing from the Agency’s technical reporting, I recalled at length the extensive efforts that the Agency and Board have undertaken over the past decade to address Syria’s safeguards noncompliance. For those who were not present during that portion of the March Board meeting, I would encourage you to read my statement, which is posted on the U.S. mission’s website, as well as the May 2011 report from the Director General on Syria (GOV/2011/30). Both lay out in detail the Agency’s assessment of the Dair Alzour site and serve as helpful reminders of the serious concerns that prompted the Board to find Syria in noncompliance in June 2011. The Director General’s 2011 report builds an impressive case based on a diverse array of factual evidence that the Syrian facility destroyed in September 2007 at Dair Alzour was very likely a nuclear reactor that should have been declared by Syria. The Director General has regularly reaffirmed this technical assessment, including in his August 2017 report and his introductory statement to the Board this week.

Chair,I would like to briefly address a few of the inconsistent and sometimes mutually contradictory claims that are frequently advanced by Syria and its patrons at Board meetings to distract from Syria’s noncompliance and provide cover for the Assad regime’s continued refusal to cooperate with the IAEA. In particular, I would like to address three lines of argument commonly put forward in Syria’s defense, each of which – if taken seriously – amounts to a fundamental questioning of the independence and reliability of the Agency in drawing its technical conclusions.

One of the principal lines of argument employed by Syria and its defenders is to question the factual basis for the IAEA’s technical findings regarding the Dair Alzour facility. These arguments are often rooted in conspiratorial allegations that the United States or other member states fabricated evidence aimed at misleading the IAEA and maligning the Assad regime. Such claims ignore the broad spectrum of factual information upon which the Agency based its findings – including on-site verification and environmental sampling, commercial satellite and radar imagery, and procurement information, as well as information provided by member states. Such arguments are invariably offered without any corroborating evidence, aside from citing far-fetched claims made in press publications and without substantiation. Indeed, and quite tellingly, the Director General’s latest report on Syria and his opening statement this week confirm that no new evidence has been provided to the IAEA that would call into question the Agency’s past assessments regarding Dair Alzour. Rather than provide evidence, Syria has supplied a host of unsubstantiated claims, each of which the Agency has repeatedly debunked on technical grounds. The most common of these is the baseless assertion that the anthropogenic (or man-modified) uranium particles discovered by the IAEA at the Dair Alzour site were introduced by the munitions used to destroy the facility. But in fact, the IAEA has repeatedly refuted this assertion based on the “morphology and distribution” of the uranium particles found at the site. That some member states, including in the region, continue for reasons of political convenience to accept these debunked claims is deeply regrettable, as these arguments are nothing more than baseless and self-exonerating conspiracy theories peddled by an isolated and lawless regime utterly bereft of credibility.

Chair, a second line of argument often propounded is that Syria is already actively cooperating with the IAEA on these issues. This disingenuous and false claim is once again directly contradicted by the Director General’s reporting, which has repeatedly confirmed that Syria has not had any substantive engagement with the IAEA regarding the Dair Alzour site or the three related locations since the Agency’s June 2008 visit to Syria. Moreover, some misleadingly point to routine safeguards activities at Syria’s declared facilities as evidence of Syrian cooperation, as if routine safeguards implementation at a declared facility somehow absolves the Assad regime of responsibility for its past undeclared nuclear activities and its refusal to account for them. Routine inspections at Syria’s declared miniature neutron source reactor outside Damascus do not in any way address international concerns regarding Syria’s clandestine nuclear activities at other locations in the country.

Chair, lastly, some states – no doubt aware that the factual evidence does not support their portrayal of the Assad regime as a harmless victim of a malign conspiracy – simply ask this Board to move on. They resort to airy existential questions regarding the utility of dwelling on events that took place in the past and the feasibility of further verification efforts on this issue amidst the ongoing conflict in Syria. But the Assad regime’s brutal campaign of violence against the Syrian people – including through the use of chemical weapons – is bad enough without trying to use its horrors as an excuse to avoid Damascus’ responsibility for violating its nuclear safeguards obligations. The regime has repeatedly demonstrated an ability to engage with other international organizations amidst the conflict, including by providing access, when it finds such cooperation to be in its interests. We must ensure that it finds such cooperation with the IAEA to be in its interests now. The Board in 2011 called on Syria to urgently remedy its non-compliance. Syria’s continued stonewalling and refusal to cooperate with the IAEA are cause for greater urgency on the part of the Board, not less. Compliance by all states with their obligations under the Nuclear Non-Proliferation Treaty and IAEA safeguards agreements is essential if States Party are to remain able to share in the security benefits enjoyed by all Parties under the NPT. All cases of noncompliance should be treated with the utmost seriousness and urgency, as they represent a direct challenge to the global nonproliferation regime. This is why the Board decided in 2011 to remain seized of the matter and this reasoning is in no way less sound today.

Chair, for far too long, this Board has tolerated Syria’s inaction on this issue. More must be done to put pressure on Syria to remedy its noncompliance. Syria must understand that there is only one path to resolving these concerns – it must cooperate with the Agency without delay and provide access to all information, sites, materials, and persons necessary to verify the exclusively peaceful nature of its nuclear program. This includes, at a minimum, access to the three sites identified by the Agency as having a functional relationship to the reactor at Dair Alzour. Until Syria cooperates fully with the Agency to resolve these concerns, the Board must remain seized of this matter and be prepared to consider further steps as necessary, including potential action under Article XII.C of the Statute.