Home Home | News & Events | U.S. Statement to the IAEA Board of Governors: Application of Safeguards in the DPRK 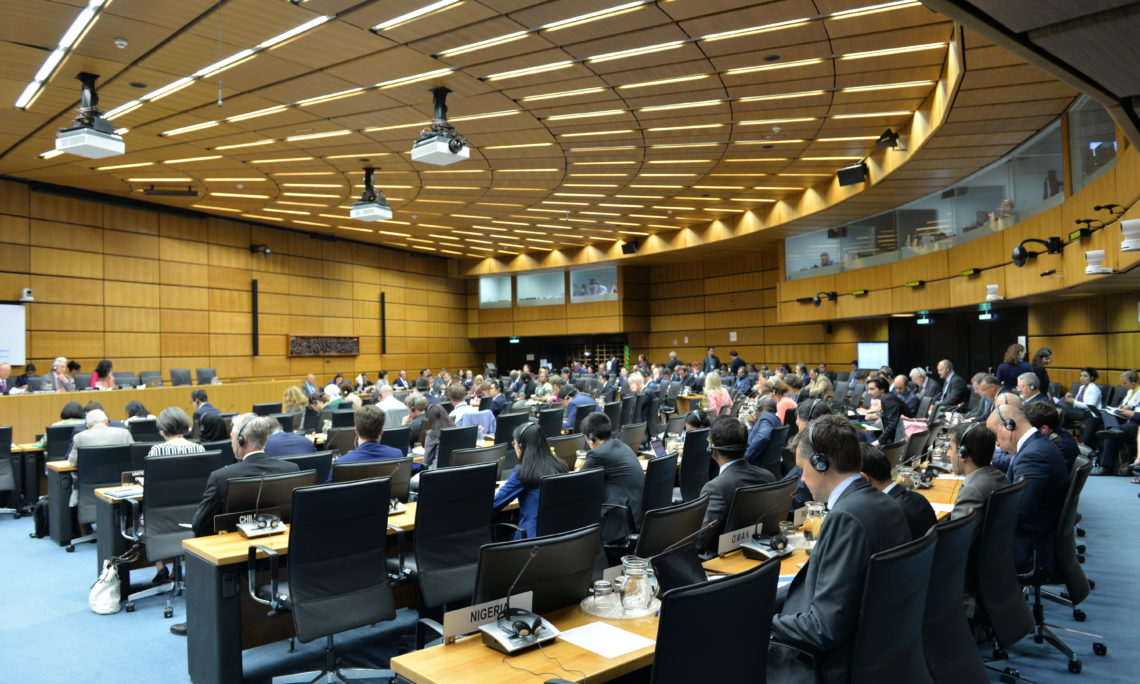 IAEA Board of Governors Room

As we look ahead to the possibility of next week’s meeting between U.S. President Trump and North Korean leader Kim Jong Un, we want to highlight our appreciation for the Secretariat’s continued efforts in strengthening the Agency’s readiness to play an important role in verifying the dismantling of the DPRK’s nuclear program. The United States also commends the Board’s sustained attention to the DPRK nuclear file. We are encouraged by the statement arising from the recent Inter-Korean summit that North Korea is committed to “complete denuclearization.” However, words must lead to concrete actions with permanent, verifiable results. The reported destruction of the DPRK’s nuclear test site is a welcome development, but we must ensure that this action is complete, irreversible, and verified.

Diplomacy notwithstanding, North Korea continues to possess and develop its proscribed weapons programs. We must maintain maximum pressure until the complete, verifiable, and irreversible denuclearization of the DPRK is achieved. Until that time, the international community must remain clear-eyed and resolute.

North Korea will not achieve the security or the prosperity it seeks until it complies with its international obligations and abandons its proscribed programs. We are committed to working with countries around the world to ensure robust implementation of the DPRK sanctions regime. North Korea’s unlawful nuclear activities, and its determined pursuit of new capabilities and means for delivery, will never lead to its acceptance as a nuclear-armed state.

In conclusion, we must ensure that North Korea’s nuclear program can no longer pose a threat to the United States, our allies, or the international community. There is much progress to be made and we are looking for rapid and cooperative action from the DPRK. As President Trump has stated repeatedly, should North Korea move quickly and choose a new path, a bright future awaits.