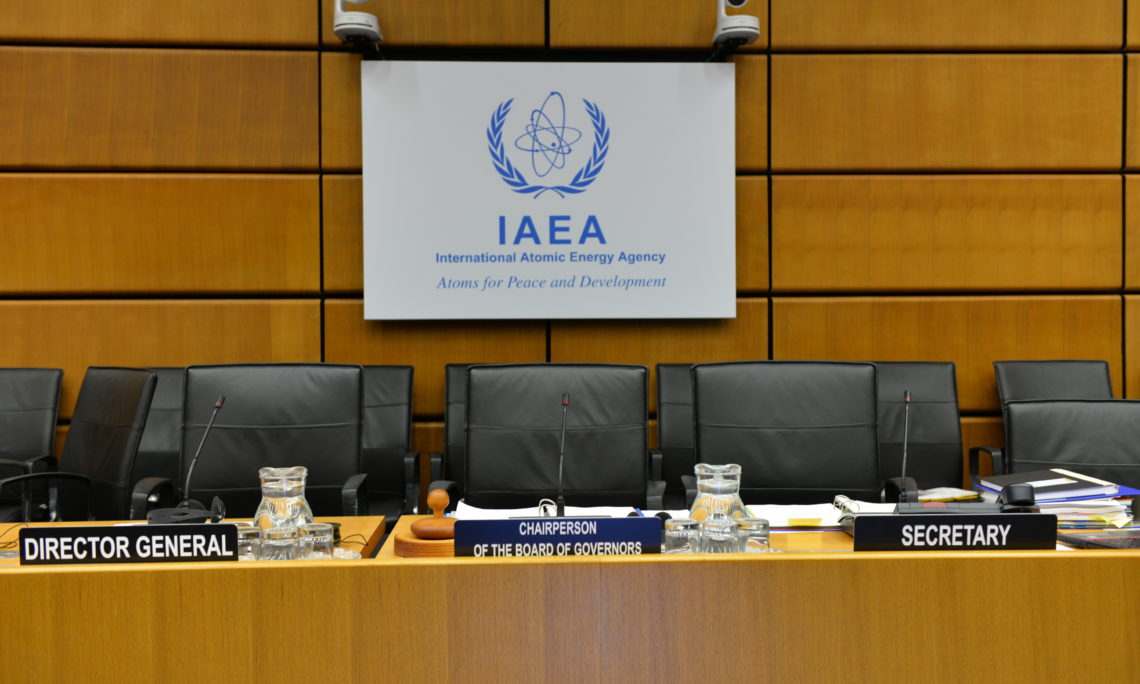 IAEA Board of Governors

The IAEA’s Division of Nuclear Security continues to provide critical assistance to Member States and plays a central role in coordinating international efforts to strengthen nuclear security worldwide. The 2018 Nuclear Security Report clearly demonstrates how much work one division can accomplish in assisting Member States to access the many benefits of peaceful uses of nuclear technologies.

With regard to the Report, we recognize and welcome the Division’s efforts to explain more clearly each section’s work, as well as to highlight cross-cutting issues that affect all aspects of the Division’s mission. The information provided allows Member States and the international community to better understand – and better appreciate – the Agency’s critical efforts.

We were pleased to see the 2017 International Conference on the Physical Protection of Nuclear Materials and Facilities highlighted in the report. It promoted universal adherence to the CPPNM/A and encouraged high-level dialogue on strengthening physical protection regimes. The Technical Meeting on Radiation Detection Instrumentation was also a success and a good example of the IAEA and Member States addressing forward-looking issues, and in this case, specifically on radiation detection. Finally, the United States appreciates the regularly-held Information Exchange Meetings organized by the IAEA as an important platform for improving coordination between the IAEA and other international organizations and initiatives with nuclear security mandates, and we encourage the IAEA to continue working collaboratively with these other bodies to avoid duplication and address gaps.

In the future, it would be useful to include a section in the report that highlights the activities the Division has accomplished in coordination with other parts of the Agency. The United States also encourages the Division to convey more effectively how its efforts are contributing to our joint overarching goal of strengthening nuclear security regimes. We recognize and appreciate the efforts that have been made to do so, and urge the Division to more clearly articulate the impact of those efforts.

We welcome the Agency’s continued outreach efforts on nuclear security, which includes holding regular briefings for Member States, improving its messaging on nuclear security, and sharing meaningful success stories related to the impact of its work. We commend the IAEA for its many initiatives from improving human health, bolstering energy security, and solving environmental problems, to improving safety and security. We would, however, like to see the Secretariat better convey how these efforts interrelate, because we believe that they are all linked, and that, as we have said before, nuclear security supports all of these efforts.

The IAEA’s Incident and Trafficking Database (or ITDB) has proven to be an effective voluntary mechanism for international information-sharing on incidents involving nuclear and other radioactive material out of regulatory control, including the illicit trafficking of such material. The United States recognizes the ITDB as an authoritative source of information on incidents involving material out of regulatory control. We also find the Database to be a useful supplement to national-level nuclear security toolsets.

The United States recognizes and appreciates improvements made to the web-based ITDB and continues to support the Secretariat’s efforts to update the technology supporting the Database, while ensuring the security and integrity of the information contained therein.

We would be remiss not to repeat that the Division’s access to reliable and sufficient resources through increased regular budget funding, within the limitation of the overall budget level, would further bolster these efforts. The United States would also welcome working with the Division and other Member States on a process to better coordinate assistance requests with extrabudgetary funding. This would improve program and fund management, and thus increase efficiency, and ultimately improve responsiveness to Member States requests.

With regard to the Division’s priorities for 2018 and after, we were pleased to see that the ministerial-level 2020 International Conference on Nuclear Security, the International Conference on the Security of Radioactive Material, and continued outreach on the CPPNM/A were highlighted. The United States actively participated in the first program committee meeting for the 2020 International Conference on Nuclear Security that took place in July and was co-chaired by Ambassador Youssef of Egypt and Ambassador Spassov of Bulgaria. We thank them both for their efforts and look forward to the next meeting in October. Since these conferences are critical to providing sustained high-level support and expert guidance to the Agency’s efforts, we urge fellow Member States to participate in upcoming program committee meetings, and encourage the Division to provide regular communication on its preparations for the 2020 conference.

We thank Jordan for its leadership of the Nuclear Security Contact Group and look forward to participating in the upcoming meeting on Thursday, September 20th, on the margins of the General Conference. We would like to welcome Hungary as this coming year’s convener. We encourage all IAEA Member States to join this forum, as well as to participate at the highest levels. It is critical that we continue to engage on nuclear security at the highest levels.

We would also like to draw your attention to the upcoming International Symposium on Communicating Nuclear and Radiological Emergencies to the Public that will take place in early October. Communicating information to the public during a nuclear or radiological emergency remains a persistent challenge, which will benefit from international attention and sharing of experience. That same week, the United States is looking forward to hosting 35 participants from 14 IAEA Member States for the first International Training Course on Cyber Security. We are also looking forward to the International Conference on the Security of Radioactive Materials that will occur in early December. As we all know, radioactive sources are present in most IAEA Member States, and the security and detection of these materials is of paramount importance given their accessibility and availability in an ever-evolving threat landscape.

In closing, with the facilitation of the Division of Nuclear Security, the United States urges Member States to engage actively on preparations for the 2021 Review Conference for the amended Convention on the Physical Protection of Nuclear Material. This will be a great opportunity for the Division to continue to promote universal ratification of the CPPNM/A as a key priority for the coming year. Universal ratification and full implementation deserves continued focus, and we look forward to partnering with the Agency and fellow Member States on this issue. And with that, we take note of this year’s 2018 Nuclear Security Report.