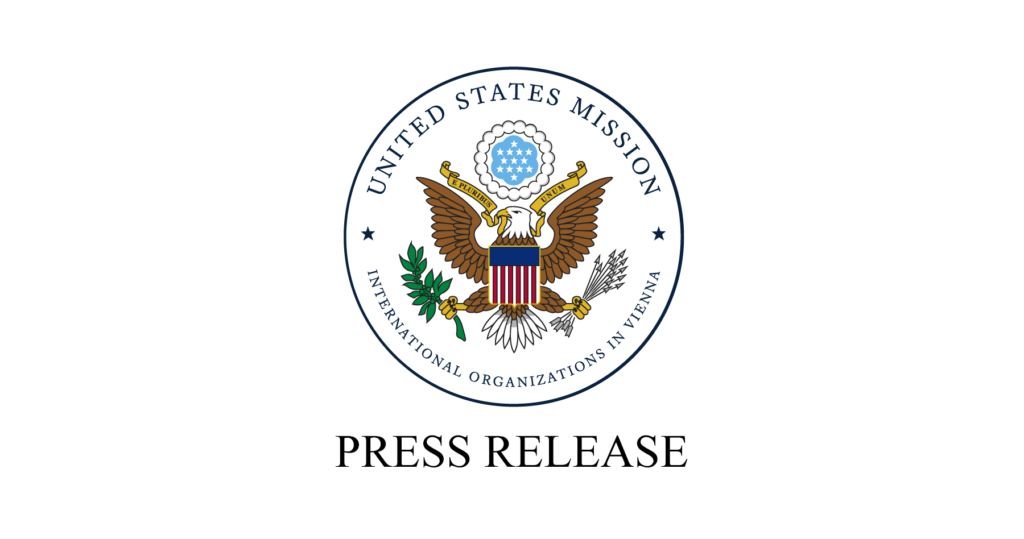 U.S. Ambassador to International Organizations in Vienna Jackie Wolcott announced today that the United States is allocating $733,500 to the International Atomic Energy Agency (IAEA) for the development and validation of the sterile-insect technique (SIT) to control disease transmitting mosquitoes.  The IAEA considers SIT to be among the most environment-friendly insect pest control methods ever developed.

Mosquitoes are vectors of major diseases such as Chikungunya, dengue, malaria, and Zika. Although insecticide-based mosquito control methods have proven to be effective under certain conditions, resistance to insecticides is increasing, and scientists are constantly looking for new, environmentally friendly ways to reduce mosquito populations.

With SIT, gamma rays or X-rays are used in a laboratory setting to sterilize insects that are later released into the wild but cannot produce offspring, leading to fewer and fewer insects with each generation.  SIT does not involve transgenic (genetic engineering) processes.

Funding for this allocation is provided by the U.S. Department of State through the IAEA’s Peaceful Uses Initiative, which the United States helped the IAEA establish in 2010 to promote the peaceful uses of nuclear technologies.  In total, the United States has donated more than $5 million to the IAEA’s SIT project to control mosquitoes because of the technique’s potential to help improve health and quality of life for people around the world.  U.S. contributions to this project also highlight our commitment to Article IV of the Treaty on the Non-Proliferation of Nuclear Weapons and engagement on the peaceful uses of nuclear energy.

The IAEA’s work on controlling the spread of human diseases through mosquitoes is just one example of how nuclear techniques can help detect, control, and prevent the spread of some of the world’s most dangerous diseases.  The IAEA has also supported global efforts to fight health crises such as Zika, Ebola, and most recently COVID-19.

More information on SIT and the IAEA’s efforts to fight infections diseases is available on IAEA’s website: https://www.iaea.org/topics/infectious-diseases