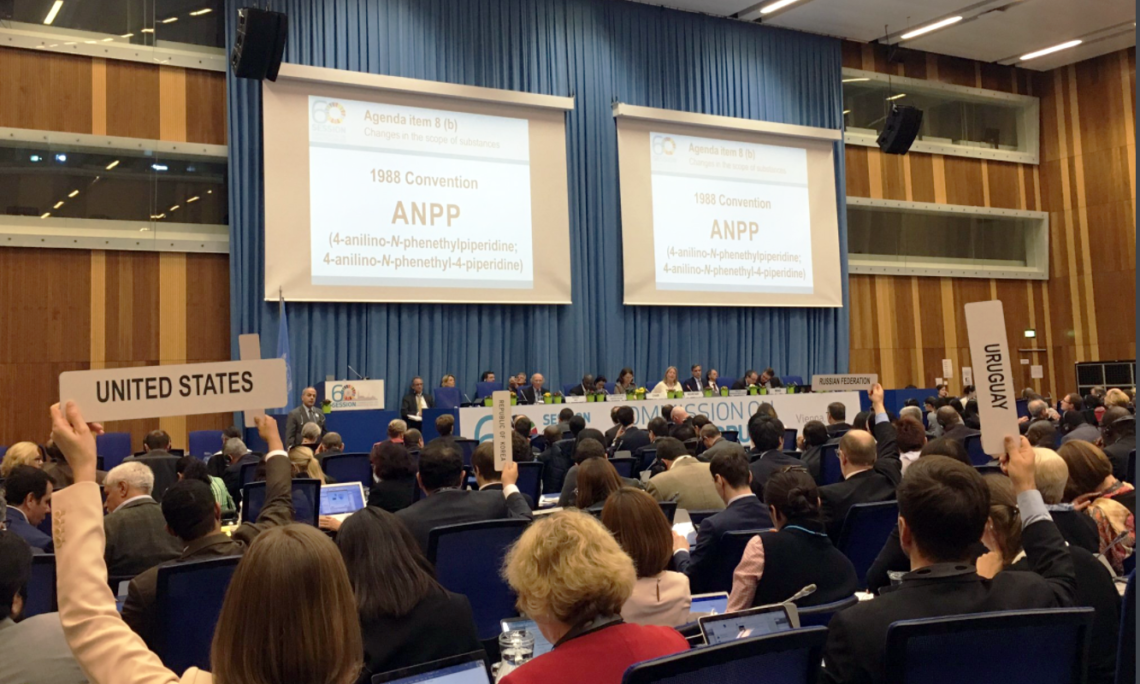 When you think of the United Nations, what comes to mind? Blue-helmeted peacekeepers in a faraway land perhaps? Or humanitarian workers delivering food aid to refugees? But did you know that the UN is an organization that is helping curb American overdose deaths in the current opioid epidemic? In fact, it is.

Last Thursday in Vienna, the UN Commission on Narcotic Drugs voted unanimously to control two of the most common chemicals used by criminals to produce illicit fentanyl, a powerful synthetic opioid. At the request of the United States and with the recommendation of the International Narcotics Control Board, the Commission’s Member States voted unanimously to take international action and control the transit of two key chemicals used in the manufacture of illicit fentanyl.

According to the U.S. Centers for Disease Control, in 2015 alone, heroin or synthetic opioids, including fentanyl, claimed the lives of nearly 20,000 Americans. Often, these overdose victims weren’t even aware that the drug they were taking contained fentanyl, which can be 100 times more potent than heroin. Fentanyl is cheap and relatively easy to obtain, which makes it an attractive drug for illicit producers.

But the UN just made it more difficult to obtain fentanyl precursor chemicals, the chemicals needed to make fentanyl. Thursday’s UN vote will require countries to regulate the production, sale, and export of the precursors to fentanyl and to criminalize sale or trafficking outside of those regulations.

While no one lives under the illusion that this will be a silver bullet to solving our opioid crisis – a solution to the epidemic must also address treatment and domestic demand, as well as law enforcement actions to restrict supply – the UN Member States’ decision will make it more difficult for these chemicals to reach our shores.

This is just one more example of how international action can have a clear benefit for the United States and how the international community is working to halt a crisis that is harming American communities.