Home Home | News & Events | U.S. Statement to the IAEA Board of Governors: DPRK 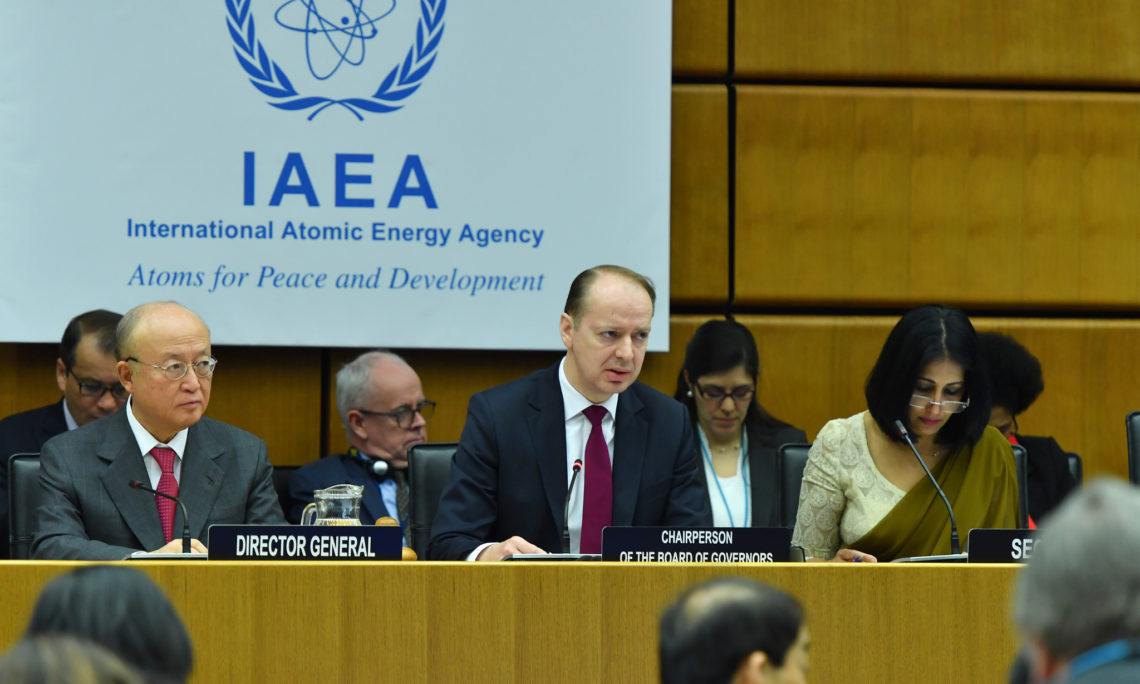 As we recall the strong resolution on the DPRK adopted at the last General Conference, the United States reiterates its resolute opposition to the DPRK’s pursuit and possession of nuclear weapons and their means of delivery.

Despite the DPRK’s purported diplomatic overtures, Pyongyang has yet to demonstrate that it is serious about talks aimed at denuclearization. The DPRK’s nuclear ambitions remain unchanged and its pursuit of those ambitions unabated. North Korea continues to develop its proscribed nuclear and ballistic missile programs.  As such, the international community must remain clear-eyed: denuclearization must be the overriding priority of engagement with North Korea. The resolve of the United States to achieve the complete, verifiable, and irreversible denuclearization of the Korean Peninsula remains steadfast.

In 2017 the UN Security Council unanimously adopted four new resolutions demanding that North Korea abandon its unlawful weapons programs and proliferation activities and rejoin the international community.  In direct response to North Korea’s grave and dangerous actions in flagrant violation of international law and norms, those resolutions further strengthened the international sanctions regime by banning virtually all North Korean exports.  IAEA Member States have a responsibility to “fully, comprehensively, and immediately” implement all DPRK-related UN Security Council resolutions. The United States is committed to working with countries around the world to ensure robust implementation of the DPRK sanctions regime.  Through our sustained actions, we must ensure North Korea hears the unified message of the international community that it will not achieve the security or the prosperity it seeks, until it complies with its international obligations and fulfills its past commitments to abandon its proscribed programs.

The United States remains firmly committed to the IAEA’s essential role in the complete, verifiable, and irreversible denuclearization of North Korea.  We appreciate the Secretariat’s continued efforts to strengthen the Agency’s readiness to play an essential role in verifying the DPRK’s nuclear program and we commend the Board’s sustained attention to the DPRK’s nuclear file.

In conclusion, North Korea’s unlawful nuclear activities, and its determined pursuit of new capabilities and means for delivery, will never lead to its acceptance as a nuclear-armed state. On the contrary, it will only further strengthen the world’s resolve to oppose the DPRK’s development and possession of nuclear weapons.