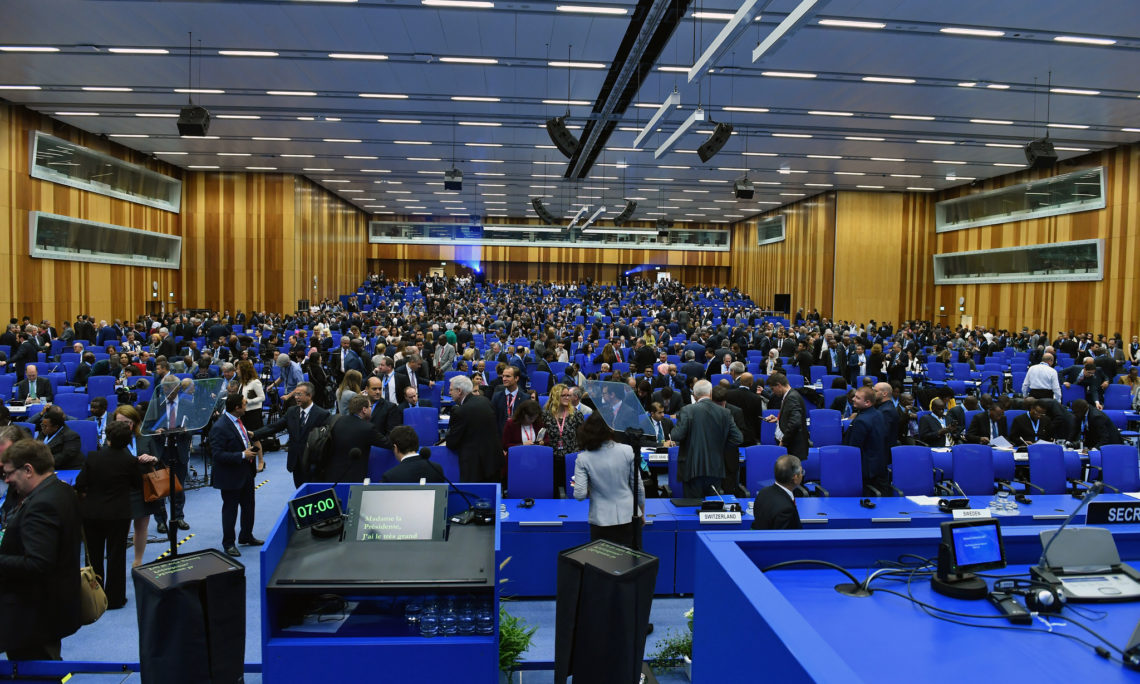 US Remarks on the Adoption of the 2017 DPRK GC Resolution

The United States welcomes the unanimous adoption of this year’s general conference resolution on the implementation of safeguards in the DPRK.

The resolution we adopt today is a firm and appropriate response to the dramatically increasing threat posed by North Korea’s prescribed weapons program to the international community. The resolution condemns in the strongest terms the DPRK’s six nuclear tests which occurred in violation and flagrant disregard of multiple U.N. Security Council resolutions. In particular, we express our grave concern at the DPRK’s latest test, not even two weeks ago, which it stated was a “hydrogen bomb to be delivered by an intercontinental ballistic missile.” It is entirely appropriate that this Conference express itself in this manner regarding North Korea’s unlawful nuclear and ballistic missile activity, which it has stated is for the purpose of delivering nuclear weapons to the United States and allied cities.

The resolution strongly urges the DPRK to fully comply with its obligations under all relevant U.N. Security Council resolutions including the four adopted since the General Conference last met one year ago. The resolution urges the DPRK to take steps to fulfill its international commitments including abandoning its nuclear weapons and other nuclear programs and immediately ceasing all related activities. The resolution also stresses the importance of all member states implementing all relevant U.N. Security Council resolutions fully, comprehensively and immediately.

The strong view of the international community has not weakened as a result of the pace and aggressiveness of North Korea’s unlawful testing activity. In fact, our universal opposition to North Korea’s pursuits has become more resolute. Today, this Conference reiterates its firm stance against the DPRK’s possession of nuclear weapons and underscores that the DPRK should not harbor any illusions that its illicit pursuit of nuclear weapons will ever achieve legitimacy in the eyes of the international community. Further, we reaffirm our support for the agency’s intention to enhance its readiness to return to its vital verification role in the DPRK.

Madame President, we must match the strong message of this resolution with maximum diplomatic and economic pressure on the regime of Kim Jong Un. We must work tirelessly to implement all relevant U.N. Security Council resolutions and address the very real and growing threat the DPRK’s nuclear and ballistic missile programs pose to our common peace and security and to our shared non-proliferation objectives. In the absence of a meaningful commitment by North Korea to return to serious talks aimed at denuclearization, enhanced pressure remains essential to compel North Korea to change its course. Finally, in closing, I would like to express our delegation’s appreciation to Canada for its efforts to achieve a strong text that allowed us to reach consensus today in a very meaningful fashion, so thank you very much to our Canadian colleagues.