Home Home | News & Events | U.S. Statement to the IAEA Board of Governors on Nuclear Safety 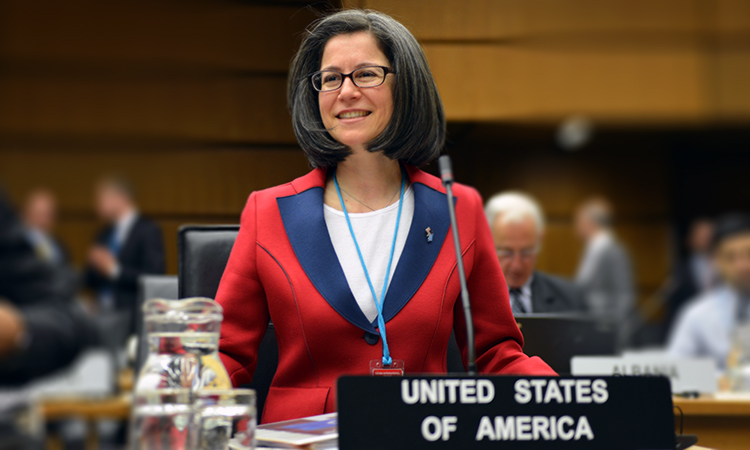 IAEA Board of Governors Meeting,

As we are all aware, over the last two weeks, two powerful hurricanes hit the United States and I would like to thank Director General Amano and others for the condolences they expressed for the victims of these events. What is not widely known, however, is that these hurricanes passed in the vicinity of three U.S. nuclear power plants. These powerful storms brought severe winds, heavy rains, and massive surges of seawater along coastal locations in Texas and in Florida. But, because of the robust design and construction of U.S. facilities, we remain confident in their ability to withstand the impacts of these extreme weather events.

Mr. Chairman, I also want to highlight in this regard, the important role that our emphasis on safety played in this situation. This includes the proactive measures our power plant designers, our operators, and U.S. regulators took in advance of these storms. And, it includes the comprehensive plans we already had in place to safely shutdown the reactors before hurricane-force conditions reached any facility.

Although we mourn the devastation and tragic loss of life, we are very proud of the many men and women who activated emergency response centers, checked emergency equipment and supplies, and implemented staffing plans to ensure enough operators, engineers, and inspectors were on site if roads became inaccessible. These critical efforts are just some of the safety-focused activities that exemplify the principles and objectives of the Convention on Nuclear Safety.

The United States takes this opportunity to thank the Director General for his report and to commend the Secretariat for the work the Agency has accomplished this past year in the field of nuclear safety. In particular, we take note of the Agency’s significant efforts to promote international cooperation and strengthen global nuclear safety through its peer-review programs such as the Integrated Regulatory Review Service and Operational Safety Review Team missions. We endorse the Agency’s recommendation that the Board of Governors consider and take note of this report.

We applaud the comprehensive 2017 Nuclear Safety Review, which accurately describes the wide range of activities undertaken in accordance with the Agency’s mandate and priorities defined by Member States. The Review stands out as a vital, forward-looking document with trends and priorities that outline the Agency’s focal areas for improving nuclear, radiation, transport and waste safety.