Home Home | News & Events | IAEA BoG – U.S. on the Application of Safeguards in the DPRK 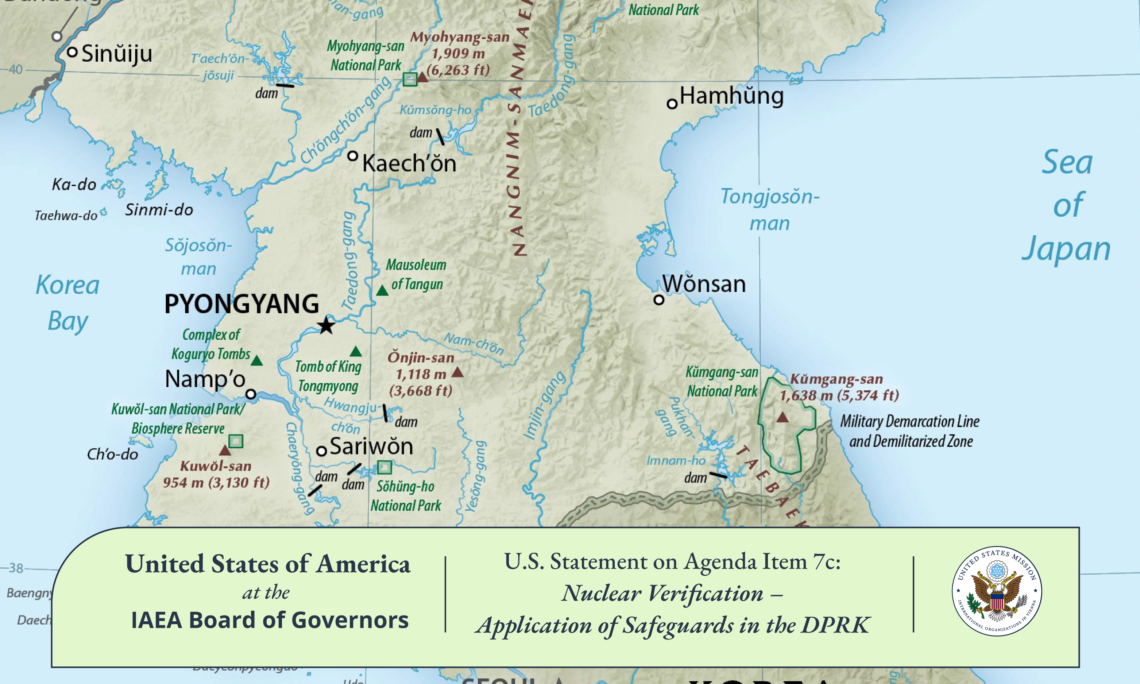 IAEA Board of Governors Meeting, Agenda Item 7(c): Nuclear Verification – Application of Safeguards in the DPRK

The United States has a vital interest in deterring the DPRK, responding to its provocations, defending against its uses of force, limiting the reach of its most dangerous weapons programs, and above all, keeping the American people and our partners and allies safe. We remain committed to the denuclearization of North Korea. The Biden Administration is conducting a thorough review of our North Korea policy in close coordination with our allies and partners. While this is underway, we will continue to focus on reducing the threat to the United States and our allies, as well as improving the lives of people in North and South Korea.

At the IAEA’s General Conference last year, Member States adopted a resolution that resoundingly condemned the DPRK’s continued development of its nuclear program as outlined in the Director General’s report, which built on longstanding concerns from the IAEA and the international community. The United States appreciates the Director General’s update on the DPRK’s nuclear activities and shares the serious concern regarding these activities. We also appreciate the Agency’s continued work in monitoring the DPRK’s nuclear program and support the IAEA’s efforts to plan and maintain readiness for a potential resumption of activities in the DPRK.

Finally, Madam Chair, we must continue to collectively demand that the DPRK fully comply with its international obligations and commitments, particularly regarding its UN-prohibited nuclear and ballistic missile programs. We stress also the importance of all UN Member States’ fully implementing their sanctions obligations under relevant UN Security Council resolutions and taking decisive action to prevent sanctions evasion.