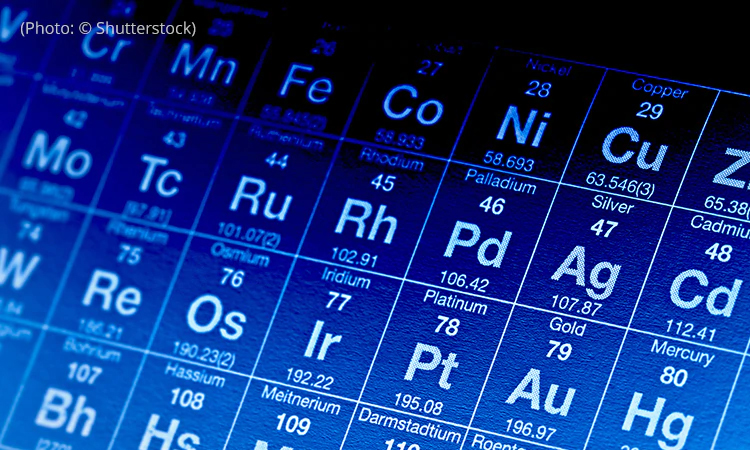 OFFICE OF THE SCIENCE AND TECHNOLOGY ADVISER

This article originally appeared in the State Department’s What’s Up with Science? blog series, which offers a deep dive into science, technology, and innovation topics on the minds of the public. The series matches technical explanations with relatable analogies to explain opportunities and answer the ultimate question: Why should we care?

Cooking shows make up one of my favorite genres of television. Particularly appealing are food competition shows, like the ones that test a baker’s ability to create a cake that looks like a unicorn and inexplicably contains pyrotechnics. People say that baking is a science (chemistry, to be exact), but have you ever noticed that there are other scientific ways of looking at cooking shows? Some are more obvious, like how engineering is needed to prevent those pyrotechnics from making the cake catch fire. Here’s one that’s far less obvious: the structure of cooking competitions is reminiscent of basic principles in nuclear science.

Nuclear science is the study of atoms, the tiny building blocks that make up all the people, places, and things in the world. Atoms are comprised of subatomic particles whose names you may be familiar with, like protons, neutrons, and electrons. Those particles are important for many reasons, one of which is giving an atom its identity.

Do you remember the periodic table, home of the 118 elements currently known to scientists? If so, you might recall that elements are defined by the number of protons in their central core, the atomic nucleus. However, the number of neutrons in the nucleus may differ—even for a single element—much like how TV shows can have multiple spinoffs. Consider fan-favorite Chopped and the more recent Chopped Sweets, or the vast assortment of Baking Championships (Holiday, Spring, Halloween, and Kids all come to mind). Variants of an element with different neutron counts are called—not spinoffs—but isotopes.

Some isotopes are radioactive, which means they have an unstable nucleus. To gain stability, they exhibit radioactive decay by shedding energy or particles, much like cooking competitions shed contestants over time. Chopped, for example, starts with four contestants and whittles its way down to one winner over an hour-long episode. Its rate of decay is one contestant every 20 minutes. On the other hand, Kids Baking Championship features ten kid contestants and sheds only one per week. Just as different shows have different elimination rates, different isotopes have different decay rates.

Importantly, radioactive decay is basically radiation, and radiation is familiar to us all! Think of the radio waves that let you listen to music in your car, or the microwaves you use to heat up a quick lunch. Based on these two examples of radiation alone, it’s probably unsurprising that radiation generated by radioactive decay has its own diverse uses.

Isotope decay rates, plus other characteristics, can be used to tailor applications of nuclear science in safe and effective ways. Applications exist in electricity generation, of course, but also in agriculture, art, environment, science, and space exploration. Consider nuclear medicine, which, among other things, uses radioactive isotope-labeled pharmaceuticals for diagnostics (e.g., organ imaging) and therapeutics (e.g., thyroid cancer treatment). Perhaps you’ve heard of carbon-14 dating, which measures ratios of carbon isotopes to determine the age of artifacts up to 50,000 years old. Isotopes of carbon, chromium, gold, and iridium aid the study of coastal erosion. In my daily life, smoke detectors and non-stick frying pans are two items that simultaneously use nuclear technology and keep me out of the Worst Cooks in America kitchen.

In sum, nuclear science has innumerable applications, and the United States supports various agreements and initiatives that promote global cooperation in the development of these sorts of peaceful uses. For instance, the State Department manages support of the Peaceful Uses Initiative, which funds nuclear technology projects in human health, food and agriculture, water, and more. Coordinated efforts in the research and development of these applications will ensure maximum beneficial impact domestically and around the world.

I’m afraid I may have ruined the fun of cooking shows for you, but the next time you watch one on TV, I hope you think about isotopes. Then ask yourself, how have I interacted with nuclear science today?